No Man’s Sky hyperdrive guide: How to build and fuel your warp drive

Your ship is your primary companion in No Man’s Sky. It is your friend. Hell, it’s your lover if that’s your thing! There’s no doubting that you’re supposed to build a bond and establish a relationship with your ship as you improve it, upgrade it, and explore the stars with it.

Your ship will be ready to explore almost immediately once you fuel it, but you’ll need a Hyperdrive to travel between star systems and galaxies. We struggled initially with this, so don’t worry: you’re not alone!

We’ve put together a guide that we hope will help you collect, craft, build and upgrade your ship’s Hyperdrive so that you can explore the universe at will! Follow this guide from top to bottom through each section and you should soon find yourself flying through the stars!

Firstly what you want to do is explore your starting planet and look for Knowledge Stones. These stones will help you understand different alien languages. If you can’t understand what they’re saying, your experience might be different, and you may get a different outcome. Knowledge Stones are scattered around planets and can be at any location: look for dropped resource pods and other man-made structures to find one.

One of the ingredients you’ll need to build the Hyperdrive is the Dynamic Resonator. You can only buy a Dynamic Resonator this early in the game, so look for a new waypoint that should be marked. It’ll be a space station just out from wherever the planet you’re on is. Head over there in your ship, dock in the station, look around for a panel that will allow you to access the galactic market, and buy a Resonator for about 37,000 credits.

You’ll be able to build the Hyperdrive with the Resonator and Thamium9, which is a power source that can be found scattered across most planets. Next up you’ll need to actually power the Warp Cell with the use of antimatter, which can be rather hard to come by. You can buy Antimatter from the same place you bought the Resonator, but the ideal thing to do is find a recipe for it so you can just make it whenever you want.

Buy some antimatter to power up your hyperdrive. Travel to the nearest galaxy, and respond to the signal about a Manufacturing Facility. It will set a waypoint on your radar.

When you arrive, it’ll be locked, so you’ll need to upgrade your Multi-Tool to open it. Trying to open the door will attract Sentinels your way, so be ready for a fight. If you can open the door fast enough and head inside the facility, they won’t chase you, so be prompt.

Once inside, an alarm will start ringing. Ignore that, head inside and look for a control console. That’s where you’ll find the antimatter recipe.

From this point you’ll be able to create your own antimatter, pending of course that you have the necessary resources to make it. It might be a bit tough to get the recipe in the first place, but it’s much better than having to buy antimatter every time you want to fuel your hyperdrive.

← Previous
No Man's Sky Atlas Pass guide: How to find and craft the blueprint 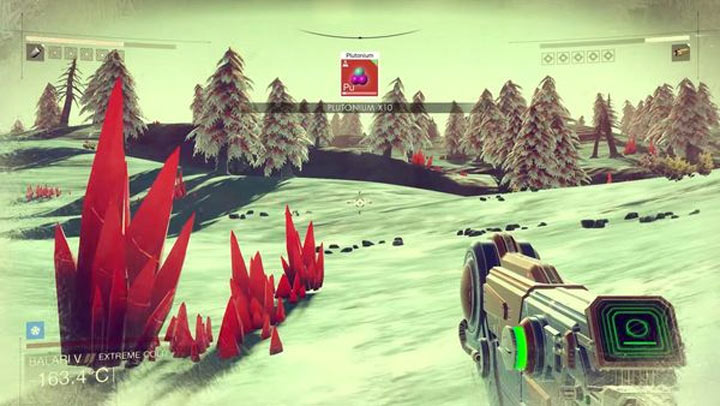 Next →
No Man's Sky crafting and blueprints guide
Click here to cancel reply.