There are, however, some issues, generally relating to price and launch software. Throw in some restrictive internal storage issues, and Switch seems like a harder sell than it should be.

As it stands, the base model at launch will have 32 GB of internal storage. That simply isn’t enough. While first-party games probably won’t dictate that much, you’ll struggle to fit more than a couple of games without having to expand your storage resources.

The problem with that, however, is that its compatible memory format is still incredibly expensive.

MicroSD cards in the 500GB range set you back a couple hundred bucks. The 1TB MicroSDXC cards push into the high hundreds, and in some cases are more than $1000.

Nintendo confirmed with Game Informer that these cards would indeed be compatible with the Switch, but the affordability issue is the primary factor here: players will be initially forced to purchase physical cartridges, unless of course they want to future-proof early and pay more for external storage than they did for the console itself.

2TB cards don’t exist yet, although retailers are expecting them to be expensive once they do hit store shelves. Unfortunately, the Switch won’t be compatible with external hard drives at launch, although neither was the Xbox One: expect this feature to arrive in the months follow release.

I went hands-on with the Nintendo Switch over the weekend. Check out my preview for my initial thoughts.

“After a few hours playing Switch, I find myself still wanting to love it. I might yet fall head over heals, and it’s got some truly amazing traits, but it needs more software to compliment its best configurations before I can truly commit.” 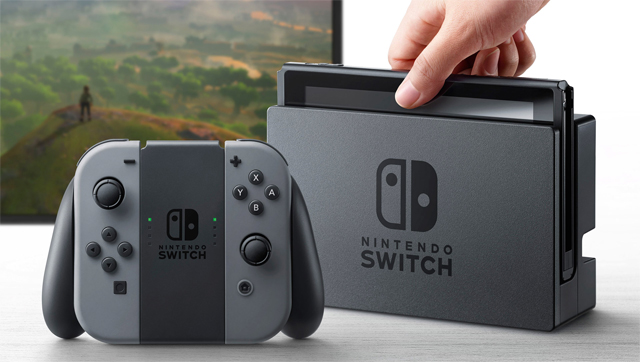 ← Previous
Nintendo Switch hands-on: Trying to fall in love with a console that breaks hearts

Next →
Nintendo Switch launch guide: Everything you need to know
Click here to cancel reply.