LEGO Star Wars The Force Awakens has a ton of characters to unlock and play as. Two of the most influential players in getting the film made can also be unlocked. Here’s how.

The Force Awakens director and Lucasfilm president Kathleen Kennedy are both playable characters in the LEGO Star Wars The Force Awakens. In order to unlock them, you’ll need to complete Epilogue: Luke’s Island, which is the very last mission in the main story campaign.

It’s a fairly simple mission to complete: just as in the movie, Rey will need to work her way to the top of the mountain to meet Luke Skywalker. She’ll have the help of Chewbacca to get past some tough obstacles, and many of the activities on the island can only be completed in Free Play.

Once you finish the Epilogue, you’ll have unlocked Rey (Resistance) and R2-D2, along with Luke’s Landspeeder (Microfighter) and the Rebel Alliance A-wing (and Microfighter), along with JJ and Kathleen. 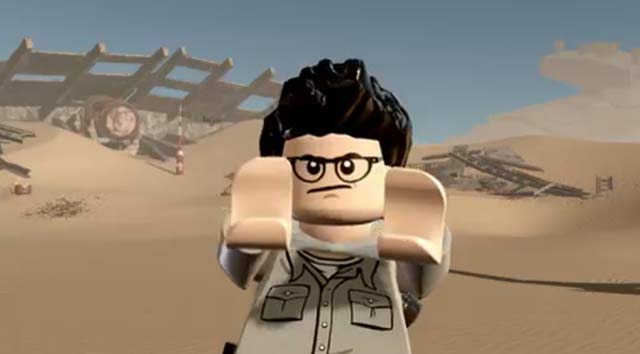 Unlocking the duo on 3DS is a bit tougher. For JJ Abrams, you’ll need to Complete All Collectibles challenge in Epilogue: Luke’s Island. For Kathleen Kennedy, you’ll need to complete Complete True Jedi challenge on the same mission.