It’s been a long, frustrating wait for Overwatch fans, but the release of Overwatch 2 is now mere months away, with the game set to launch on October 4. Ahead of that date we have access to an open beta on Xbox Series X.

The second beta for Overwatch 2 opens today on PC and console from 11am PT., and will run for quite some time, through to July 18. That’s three full weeks to try out a new map, as well as Junker Queen — the latest character — and hopefully some additional features.

If you’re keen to jump and play the Overwatch 2 beta on Xbox Series X, there’s two ways you can get involved.

The first way would have involved you signing up for the beta over the past few weeks via your Battle.net account, which subsequently should have been linked to your Xbox Live account. If you signed up in time, you would have received a beta code on your Xbox.

If you didn’t receive a code, your only other option is to pre-order the game itself: more specifically, the Watchpoint Pack, which retails for $59.95 on the Xbox store in Australia. Once you make the pre-order, the Overwatch 2 BETA will be added to your Full Library in the Games & Apps section.

You might still be able to net yourself a code, however, if you want to risk it and miss out on the first few days of the beta.

This should hopefully net you a code in the coming days.

Have you managed to get into the Overwatch 2 beta? If so, what are your thoughts? Sound off below! 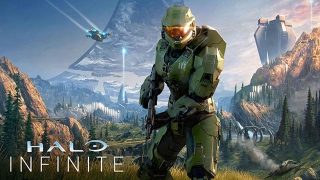