GTA Remastered Trilogy appears unlikely to be released in 2021

Last months news dropped that Rockstar was working on a remaster of the original Grand Theft Auto trilogy: GTA III, Vice City, and San Andreas. The news understandably generated a lot of buzz, with suggestion that the GTA Remastered Trilogy was set for a 2021 release, perhaps as early as late October.

That appears to have changed, however, with the forthcoming release of GTA V on Xbox Series X and Series S the likely reasoning for a delayed push into 2022.

The report of a GTA Trilogy remaster came by way of Kotaku, which claimed Rockstar Games sources have told them that work is currently underway to bring all three games to Xbox Series X and Series S, PS4, PS5, PC, Google Stadia, PC, and Nintendo Switch.

As for a release date of this GTA Trilogy Remastered edition, it was assumed at the time of the report that gamers should expect it “later this fall”.

Industry insider, Tom Henderson, doesn’t seem too confident, however, with a prediction that the game will likely be pushed into 2022 so as to not take attention away from GTA V‘s forthcoming upgrade and the subsequent boost in interest to GTA Online that it’s sure to cause.

Speaking with TheMW2Ghost on the Gold Gold Podcast, Henderson said he had “heard different” with regards to the GTA Remastered Trilogy‘s release date.

“This isn’t just a quick something to bide time,” The MW2Ghost says, “to release a banger like the trilogy remaster, even in the same year (as the GTA V upgrade), is weird”.

While the excitement surrounding a GTA Remastered Trilogy was certainly large, it would appear strange to release it at the same time as an expected bump in GTA Online interest, given the remaster is certain to absolutely dominate headlines and sales upon release. 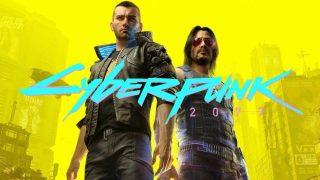