GTA San Andreas, Vice City, and GTA 3 — the formidable trio that make up the GTA Trilogy — are reportedly set for a remastered re-release, destined for all major consoles, including the Nintendo Switch.

The report of a GTA Trilogy remaster comes by way of Kotaku, which claims Rockstar Games sources have told them that work is currently underway to bring all three games to Xbox Series X and Series S, PS4, PS5, PC, Google Stadia, PC, and Nintendo Switch.

As for a release date of this GTA Trilogy Remastered edition, gamers should expect it “later this fall”, according to the report.

Murmurs of a GTA San Andreas remaster first surfaced all the way back in 2016, when Take-Two (parent company of Rockstar Games) was asked about the success of the The Bioshock Collection remaster and what it meant for the company’s large list of popular franchises.

Given the ongoing success of GTA 5 and GTA Online, the long development of Red Dead Redemption 2, and likely plans for GTA 6, it’s probably no surprise that it’s taken this long for Rockstar to switch focus over to GTA Trilogy Remastered.

So just how far into development are these so-called remastered efforts of GTA 3, GTA Vice City and GTA San Andreas? According to Kotaku’s report, all three games are being remastered using Unreal Engine, with a blend of “new and old graphics”. The source claims to have said that the remastered effort looks like a “heavily-modded version of a classic GTA title”, which would explain why Rockstar has been so quick to lockdown any community mods recently.

Rockstar Dundee, a newly-formed Scottish developer, is reportedly the studio behind the GTA Trilogy remasters. Additionally, the studio is also working on upgraded versions of GTA V for Xbox Series X and Series S, and PC. Rockstar Dundee is made up of Ruffian Games, which is known for having developed Crackdown 3 and assisting 343 Industries with the Master Chief Collection.

Given the global situation over the past 18 months, it’s probably no surprise that a GTA Trilogy remaster has taken as long as it has, especially given how long it’s been rumoured. Those comments from Take-Two came almost five years ago, and so the past year-and-a-bit undoubtedly stretched out development further.

The initial plan was for the remaster to be released earlier this year, but that’s now shifted to a late October release window.

What are your thoughts on the reported GTA Trilogy Remastered? Sound off in the comments below! 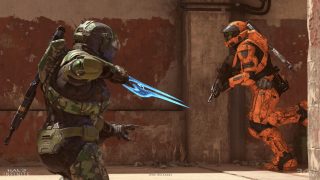 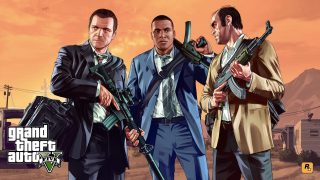