NBA 2K22 is set for revamped MyCAREER and City modes, with both set for a host of new and exciting changes.

MyCareer is the bread-and-butter of the NBA 2K experience, and Visual Concepts is openly working to continue improving the experience as we close in on the September 10 release of NBA 2K22.

While the MyPLAYER Builder is the talk of the town at the launch of any NBA 2K game, it’s the single-player story-based mode that tends to get the most amount of love in the first few weeks. NBA 2K22 will certainly be no different, especially considering this year’s game stands to be the first truely unique experience for Xbox Series X and PS5.

2K Sports has lifted the lid off a host of new gameplay features for NBA 2K22, including what gamers can expect when it comes to The City and MyCareer, and how the two modes tie into one another.

The City was new to NBA 2K when it appeared in last year’s game, bringing with it an amibitous vision that looked to further enhance the open-world online experience for NBA 2K players. It was met with mixed reactions: it often felt “dead”, not quite reaching the heights players expected of a game that had been built from the ground up for Xbox Series X and PS5.

Thankfully, NBA 2K22 developer Visual Concepts has been listening to fans, and the game mode will be getting somewhat of a makeover in this year’s release.

The studio promises that the new City will be “teeming with life, activity, and interactivity”, with NPCs now populating the game world. This was often a criticism of last year’s version of The City: it often felt dead without many people roaming around. The addition of AI-controlled characters should definitely help liven things up a bit.

An all-new Quest system is also being introduced, engaging your created MyPLAYER creation with new content and new ways to level up and earning rewards.

There’s also a promise to fix the game mode’s matchmaking system: players will have access to “new and quicker alternatives to get into online hoops”.

“MyPLAYERs can enter select matchmaking buildings to be placed into immediate competition. Matchmaking sessions will be available for a number of game types and will contribute to all MyPLAYER progress.”

As for Xbox One, PS4, Switch and PC players, you’ll be “headed for the high seas”.

“NBA 2K gamers will show out and compete in an all-new, dedicated basketball community – a Neighbourhood built on the spacious decks of a sailing cruise ship. Explore and hoop in nautical luxury, and when the cruise docks in exotic locales throughout the Season, make your way to the Excursion counter to participate in shoreside Events – all taking place completely off the ship!”

Okay, so let’s now dive into what we can expect from MyPLAYER in NBA 2K22.

First up, MyCAREER promises to “stretch beyond the hardwood floors”, allowing players to pursue side ventures to build a profile in lucrative and trendy spaces.

“Brush up against the fashion world, where the art of promotion will drive your success as a mogul. Or get involved in the hip-hop business, where your music talent opens up an intriguing lane in the industry.“

There will also be a new centralised “hub”, which will be “central to your MyCAREER narrative and progress”.

“As your profile and ambitions level up, so, too, will your home base in the City.”

It also sounds great, and I really can’t wait to hear and see more of the new City and MyCAREER in action. 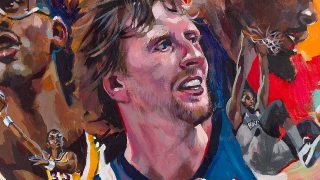 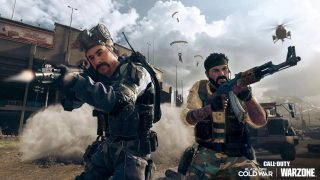