As the Milwaukee Bucks celebrate their first NBA championship in more than five decades, NBA 2K fans are lapping up a host of new gameplay details and changes about the Xbox Series X/S and PS5 version of NBA 2K22.

It feels like only yesterday we were first booting up NBA 2K21 on a new consoles, with developer Visual Concepts. While the two-pronged approach led to a controversial pricing mechanism — one that will continue with this year’s iteration (ie. you’ll need to pay extra for the Series X/PS5 versions) — there’s no doubting that the investment will be well worth it with what appears to be on offer in NBA 2K22.

NBA 2K22 is set for release on September 10, and 2K Sports has unleashed a host of new details related to the game’s new gameplay features.

Visual Concepts has been listening to fan feedback, with claims that the on-court gameplay movements will “give players more control on how they score the ball”. Additionally, improvements to defensive gameplay mechanics will allow for more moves and combos, and how players counter those moves on the defensive end.

Some key on-court gameplay improvements are being implemented in NBA 2K22, promising “more control” than ever.

On the offensive end, players can expect to be able to break down defenders off the dribble with a host of new signature moves and combos. Precision jump shooting has been refined — an important cachange given how controversial last year’s shooting refinements were — while dunking in traffic and executing alley-oops will become more skill-based mechanics (rather than simple pushes of a button).

Basketball IQ and use of the stick will play an even more important role in NBA 2K22, and it’s clear that the vision is to improve the game’s “simulation” realism as it firmly establishes itself as the must-have sports title for this console generation.

On the defensive end, there will be a completely revamped shot contest and blocking system, which will highly an arsenal of new defensive tools at our disposal. Elite defenders will have more power and ability to truly lock down defenders, according to the developer.

It all sounds great and I can’t wait to see the game in action for the first time. While NBA 2K21 certainly had its growing pains upon launch — which game doesn’t these days … — it eventually grew into its own. And with a year under its belt in developing for Series X and PS5, there are high expectations that NBA 2K22 will feel more at home with further evolution of pivitol gameplay mechanics. 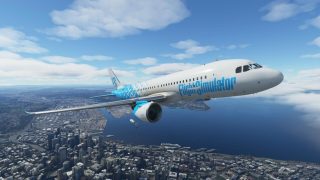 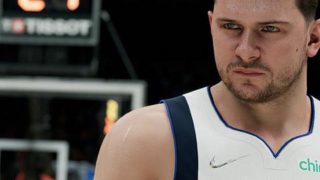