The latest patch notes for Overwatch unearth a host of new fixes, additions and bugs, namely a refinement to the game’s matchmaking system for whenever you “backfill” a match when a player leaves.

The introduction of Summer Games 2020 brings with it a host of new skins as well as an intriguing update to Lucio Ball, with players able to work their way through the event and cosmetics for a few weeks.

Importantly, the update brings with it a queue time “fix” of sorts that will hopefully minimise wait times rather significantly.

As someone that prefers Quick Play over Competitive Play these days, one thing that has always frustrated me, particularly since the introduction of Role Queue, is that you could be waiting a while before finding a suitable match, only to find yourself “backfilling” a spot for someone that’s left. There’s really nothing worse than landing a DPS spot after 10 minutes, only to join the match in the final seconds and end up back waiting in the matchmaking lobby.

Thankfully, this update looks to address that, with the matchmaking function now looking to prioritise players that have backfilled a match at any point.

This means that, if you enter a match after it’s started, when you next enter matchmaking you’ll be part of a prioritised queue to help find a match sooner for you. Great news!

There’s also been a host of changes to Workshop functionality, so those with a bit of a creative streak can look forward to a host of new additions available to them.

Attention, athletes: It’s time for the 2020 Summer Games! Test your mettle in Lúcioball Remix, an all-new, even crazier version of your favorite ball-based sport. Sharpen your skills in the cutthroat competition of Copa Lúcioball Season 4. We’ve made major updates to our Busan and Sydney arenas, along with a variety of small updates to Lúcioball gameplay. Once you’ve worked up a sweat, hit the beach with legendary skins including Lifeguard Pharah, Surf’s Up Echo, and Tropical Baptiste. Unlock these and more, along with Summer Games items from previous years!

Lúcioball Remix is the wildest way to play Lúcioball yet. With two balls in play at once, plus periodic Bonus Balls worth three points each, scores will skyrocket and astounding plays will be made. Will you keep up, or will the barrage of balls break your brain?

If you join a game after it has started to replace a player who has previously left, you are considered to have “backfilled” into that game. After finishing a game where you backfill, you are now granted a priority requeue the next time you queue to play. You will see a small icon on the interface to denote this status. When you queue for a game with priority requeue status, the matchmaker tries to prioritize finding an appropriate game for you. This normally results in significantly lower times waiting in queue.

To match the new maximum SR of 3900 a player can achieve after finishing placements, you can no longer queue for Competitive Play in a group with more than 2 players if any player in the party is 3900 SR or higher.

Developer Comment: The Workshop Setting values allow you to expose tunable values of your script to their own special section in the Custom Game Settings. With these settings, you can specify the min, max, default, and types of data (Integer, Real, Toggle) you’d like to expose to users. If one or more of these values are used in your script, a new autogenerated Workshop Settings card will appear in the settings menu, allowing you to tweak these value overrides prior to launching the game mode. 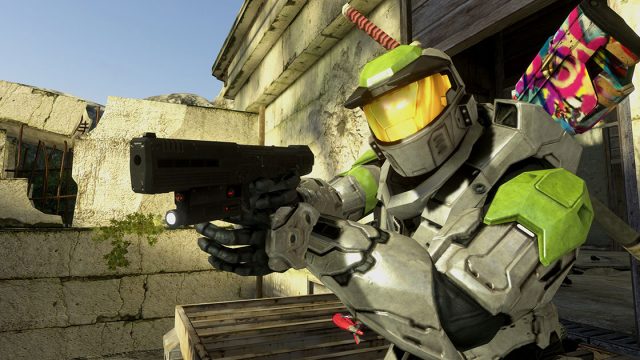