Overwatch‘s 24th hero has been the topic of much heated debate among the 25 millions players of Blizzard’s multiplayer juggernaut.

Doomfist, a character hidden deep within the game’s lore and whose existence within the universe dates back to the game’s first ever cinematic trailer, appears unlikely to be that hero, despite strong evidence initially pointing to the character’s reveal.

There had been a number of different hints and references to Doomfist, although no one knew exactly what it all meant, or whether it would in fact be the next character that joins the Overwatch roster.

It was all incredibly intriguing, and considering the weight of the tale and the constant referencing of Doomfist in trailers and the broader Overwatch lore, it seemed certain that at some point we’d be playing as Doomfist.

Details out of the most recent PTR update pointed to an imminent reveal, so it was — at the time — officially be time to get excited for Doomfist.

New files have showed up on the PTR, showcasing character renders of Doomfist’s Gauntlet from the Numbani map’s payload.

Unfortunately, it appears to have been a ruse. Or at least an early insight into what we’ll be getting throughout the year.

Regardless, it appears certain now that Overwatch‘s 24th character won’t be Doomfist, but will instead by an Illios native.

The crafty Overwatch community, always one to find neat little hidden artefacts and tidbits about the game, came across this IMDB posting by actor Alex Malaos. On the listing — which has since been removed — he lists Overwatch as a title he has done voice work for, for the character “Greek”.

Interestingly, the reveal of a Greek character in Overwatch wouldn’t be all that surprising. While Doomfist is certainly the more requested by the community, it’s pretty much a guarantee that we’ll eventually get him/her.

However, considering Overwatch‘s infatuation with Greek mythology, a new Illios-based character isn’t all that unlikely.

Firstly, Mercy’s staff is called “Caduceus”, which was a staff carried by the Greek god Hermes. 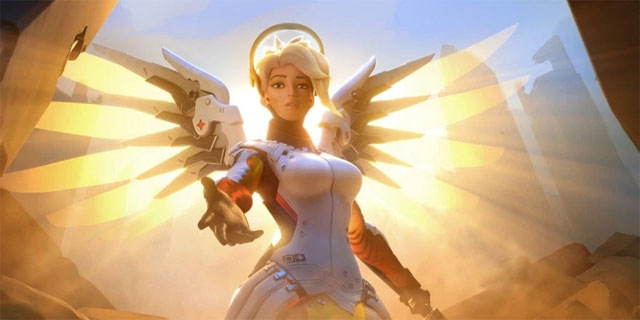 Secondly, Zenyatta worships the Iris, which was the personification of the rainbow in Greek mythology, as well as messenger of the gods along with Hermes.

Then there’s Winston’s AI, which is called “Athena”, named after a Greek goddess.

There’s actually a stack of other Greek mythology references in Overwatch, and it’s clear that it somehow ties into the game’s lore. Check out this video for more insight.

So what do you think? Is the 24th hero in Overwatch a Greek native from Illios? The evidence seems to suggest so. Sound off in the comments below!