The highly anticipated Call Of Duty: Modern Warfare Remastered, which was announced alongside Call Of Duty: Infinite Warfare, won’t be available separately.

Rumours about a Modern Warfare remaster sent the internet into overdrive, and while those rumours turned but to be true, unfortunately the classic game won’t be available separately.

Activision has posted a FAQ on its official website, detailing how fans can get their hands on what is arguably the most wanted remaster of any franchise across all platforms.

Secondly, and most disappointingly, it won’t be available separately without purchasing Infinite Warfare.

It’s not quite a deal breaker, and it certainly makes those pricy collector’s edition slightly more worth the price of admission.

Infinite Warfare was revealed overnight during a live stream with developers Infinity Ward.

“With Call of Duty: Infinite Warfare, we are taking Call of Duty to places fans have never experienced in the series,” said Dave Stohl, Studio Head of Infinity Ward. “On one hand, this game is the kind of gritty, boots on the ground, visceral war story that Call of Duty is known for. On the other, its future setting takes players on a journey of epic scale and proportions, providing incredible gameplay innovations and new experiences for our fans. This is a grand scale, old-school, all-out war in an epic new-school setting. And it’s going to be a hell of a lot of fun.”

It is Infinity Ward’s first game since 2013’s Call Of Duty: Ghosts. 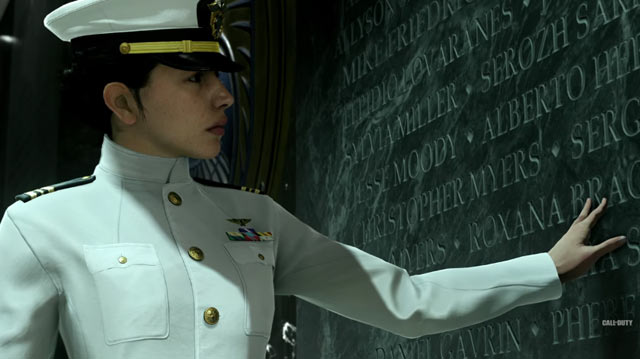 I believe the title "most wanted remaster of any franchise across all platforms" goes to FFVII. Or it was until they announced a ReMake.

And I'd be foolish to believe that they won't make MWRemaster available to purchase on the line sometime after the release of IW. [cool]

It'll be at least 3-4 months before they do.

To me it would be more like "buy a classic remaster and get a new (futuristic?) shooter as a bonus. Me thinks I'll be scavenging for the best deal, maybe even play-asia or similar.

Was CoD1 a remaster that came with Modern Warfare 2 Hardened/Prestige Edition? I can't remember, but I got all the Trophies but one. Playing it in the most difficult setting was like playing Bloodborne!