Call of Duty: Warzone 2‘s first season is coming to an end, and with Season 2’s release, players can anticipate a wealth of fresh features and content. Here is all we currently know about Warzone 2 Season 2, including the much awaited release date and leaked details regarding the Resurgence map. Prepare yourself for a thrilling new chapter in the universe of Warzone 2 as you plunge into the battle with your prefered tools and weapons.

Players are excited to see what new features and content will be included in Warzone 2’s highly anticipated Season 2. While there have been some leaks and rumours about what to expect, we’ve gathered all the verified information regarding the forthcoming season to give you a clear picture of what’s in store. Here is all we currently know about Warzone 2 Season 2, including the release date, leaks on the Resurgence map and new Operator, as well as the other content updates and quality of life enhancements.

Players may mark their calendars for the official release date of the much-anticipated update as the countdown to Warzone 2 Season 2 approaches its conclusion. Fans can anticipate the new season to be accessible at the customary times of 10 AM PT/1 PM ET/ 6 PM GMT starting on Wednesday, February 1, 2023. For Warzone 2 users worldwide, the new season is expected to provide a variety of new features and content that will undoubtedly make it memorable.

Rumors and leaks about new content are becoming more common as excitement for the upcoming Warzone 2 Season 2 update grows. The apparently redesigned Resurgence map, which was allegedly presented in December, has attracted attention as one widely anticipated enhancement. According to the leaked map, gamers will be taken to a brand-new island location featuring a lot of intriguing landmarks, such as a Castle, Port, Power Plant, and Town Center. Although it hasn’t been officially verified, speculation is that the next Resurgence map will be released in 2023. Before becoming unduly excited about any leaked material, it is usually a good idea to wait for official confirmation from the developers.

Fans of Modern Warfare 2 and Warzone 2 now have a sneak preview of the Season 2 update’s key art. The stolen artwork suggests that the well-liked Ronin Operator, who is based on US Army veteran Tu Lam in real life, will make a comeback in the upcoming season. Ronin made his game-changing debut in Modern Warfare 2019, and it looks like he’ll be back for more action in the most recent patch. Adding an intriguing new cultural element to the game is the season’s theme, which appears to have Japanese influences.

What are you hoping to see in Warzone 2 Season 2? Sound off in the comments below! 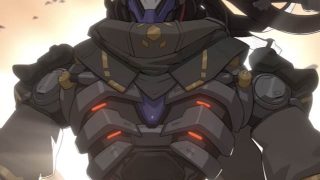 ← Previous
Overwatch 2: How to get the Stalwart Hero title 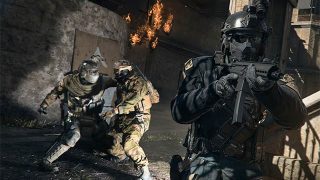