Junkertown is the latest Overwatch 2 casualty

Overwatch 2 has had the best of launches, as fun as it’s been to start Season 1. A number of Heroes are causing balancing issues, including Genji and Zarya, while the likes of Bastion and Torbjorn have each experienced some technical issues, prompting their temporary removal from the game. And now a map has felt the force of the Blizzard ban hammer, with Junkertown temporarily removed from rotation due to an exploit.

“We have temporarily disabled Junkertown in all queues due to a bug that was causing graphic performance issues,” Blizzard said in a statement.

The exploit in question occurred when players would shoot an asset in Junkertown’s attacker spawn, which would somehow overload the game’s servers and send all players’ FPS spiralling down into effectively an unplayable state.

Ironically, given her current place in the meta and community calls for her nerf, Zarya seemed to cause the biggest issue when she would focus all of her energy on the asset. Check out the exploit in action here.

The issue here, as seen in the aforementioned linked Tweet, is that attackers can cause the FPS to drop, catching the defenders off guarded and sweeping them to capture the first checkpoint (or potentially even winning the match).

Safe to say Overwatch 2 launch hasn’t quite gone as anticipated for Blizzard, as fun as it’s been. Compared to the launch of Overwatch in 2016, which wasn’t perfect but didn’t have much in the way of exploits or major bugs, Overwatch 2 has been underwhelming from a technical perspective.

Hopefully by Season 2 and the introduction of Hero 36, things are smoother and cleaner. Junkertown is expected to return to the rotation on October 25. 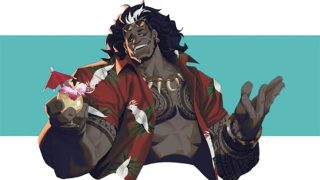