A remastered version of one of the Xbox 360’s best games, Alan Wake, is set to hit Xbox Series X, with an October release date rumored.

We now appear to have as close to official word of the game’s existence as we can get without it actually being announced.

An October 5 release date for Alan Wake Remastered has appeared on Rakuten Taiwan, via Wario64 on Twitter.

A report in Windows Central says the leak is “very much real”, and that an announcement was going to be made this week regardless of the leak happening or not.

Alan Wake was a much-loved psychological action-adventure game, released exclusively for the Xbox 360 in 2010 after many years in development.

It proved to be a colossal success for developer, Remedy, who went on to make Xbox One exclusive Quantum Break and one of the games of the decade Control, which launched last year.

Alan Wake Remastered will introduce a new generation to arguably one of the Xbox 360’s best games. October 5 couldn’t come soon enough! Given the success of Control, there’s almost certainly a legion of Remedy fans out their clamouring to give one of the studio’s classics another playthrough. 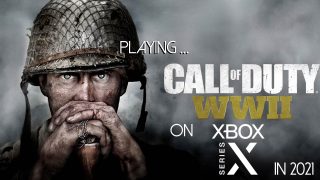