Get ready for an even bigger October in gaming, with Crytek today locking in the Crysis remastered release date.

The Crysis Remastered Trilogy, undoubtedly one of the most highly anticipated releases in the second half of the year, will land on Xbox One, Xbox Series X, and Xbox Series S on October 15.

Included in the bundled will be remastered (duh!) version of all three games in the Crysis trilogy: Crysis, Crysis 2, and Crysis 3.

The campaigns of all three have been fully remastered and optimises for the current generation of consoles, promising to offer dynamic resolution, as well as 60fps on Xbox Series X and Series S. There’s also a range of in-game texture and graphical improvements to look forward to.

Upon its release way back in 2007, Crysis was heralded as a trailblazer of the FPS genre. More than a decade on, it’s spawned two sequels and a legion of fans, prompting publisher EA and developer, Crytek, to remaster the trilogy for Xbox Series X.

Last month we got a fantastic comparison trailer, showing off the differences between the original Crysis games as those in the remastered bundle.

Get ready, as Crytek has announced the eagerly anticipated Crysis Remastered Trilogy will be arriving for Xbox One, Xbox Series X and Xbox Series S on October 15.

Bundled with Crysis, Crysis 2 and Crysis 3, all three titles will have fully remastered campaigns (no multiplayer), while also being optimised and enhanced for next-gen consoles. Featuring dynamic resolution, Xbox Series X|S owners can expect to play through each title at 60fps, along with experiencing a variety of lighting, character and environmental upgrades via high-definition textures.

The original Crysis was remastered last year but was plagued with a ton of issues upon launch. Fast forward a few months later and the game was in a better state, however, fans were left with a bad taste in their mouth. It later received a bump in visuals for Xbox Series X|S, and now the trilogy will hopefully give it a new lease of life.

Crysis Remastered Edition will launch both digitally and physically, with the latter coming bundled with a bonus art card. If you’ve never taken the plunge into the trilogy, now is your time. 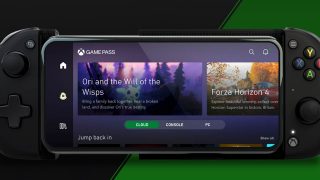 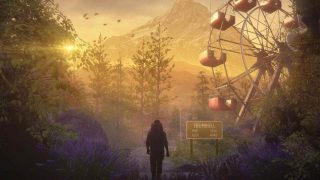