Halo Infinite campaign gameplay will ‘absolutely be shown before launch’

Halo Infinite has had somewhat of a rocky past few days. After a successful technical beta, word of a co-op delay, later-than-expected release date, and also a campaign no-show at gamescom 2021, fans have started wondering whether the game was truly ready for release in 2021.

Interestingly, developer, 343 Industries, did actually consider a further delay, such was the backlash to the announcement of campaign co-op being pushed in the first half of 2022.

Halo Infinite head of creative, Joseph Staten, has spoken at length about the proposition of another delay for the game during a recent developer insight video, saying the team felt that the game is “never really done” due to be a “live game”, and so delaying it again would be pointless.

“We talked about [delaying the game] but where we landed was, Halo Infinite is a live game, so it isn’t really ever done. It’s going to progress and evolve from season-to-season, we talk about launch being the beginning of that journey, but to have a beginning you need to pick a moment and actually begin,” Staten explained.

So as it seems, 343 Industries is ready and raring to go to release Halo Infinite, and they’ll do just that on December 8. Not of course before the new control and Xbox Series X Halo edition are released.

But what of the game’s suspicious lack of campaign insights? Halo is after all a popular video game universe, and while its multiplayer certainly attracts most of the attention, its campaign — along with the attached co-op — bring in a lot of players, too.

“Everybody wants to see campaign, especially campaign gameplay,” said Staten in a recent developer update. “We will absolutely show campaign gameplay before launch, but we just need to stay focused on shutdown mode.”

Staten insists that once the development team gets “past that hurdle”, there will be a lot to show of Halo Infinite leading into launch.

“[We’re] going to be going after things like gameplay captures and trailers, that will all be coming a little bit closer to launch.” 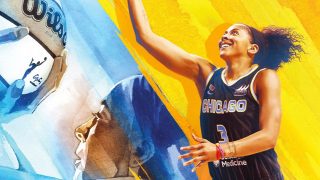 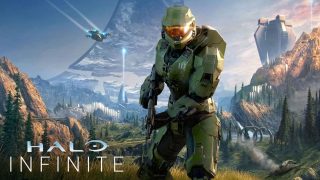