We now finally have a release date for Halo Infinite.

Evidently, the Microsoft Store had accidentally released the release date for Halo Infinite before Xbox even had a chance to announce it, but it’s now been officially announced: Halo Infinite will release on Xbox One, Xbox Series X, Xbox Series S and PC on December 8.

If you’re so inclined to skip the campaign completely, you’ll be able to play Halo Infinite‘s multiplayer without needing to pay: it’s completely free-to-play.

The campaign will come at an extra cost: you can jump in via Xbox Game Pass, or simply purchase the full game yourself.

The December 8 announcement comes after hopes the game would launch in November, although it’s not surprising given Forza Horizon‘s release date, and a rather stacked period of releases which will see Call of Duty, Battlefield, and many others releasing in that time.

This Holiday season looks set to be an epic one for Xbox Series X and Series S owners. 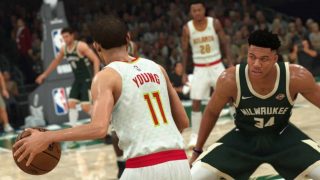