Xbox Game Pass has enjoyed a fantastic 2021 thanks to the expansion of the Cloud program and introduction of EA Play as part of the subscription. Each new month brings with it new games, and the next two weeks will be no exception.

The downside however is that with new additions comes some removals, and we also say goodbye to a few games this month as well.

Blair Witch, Double Kick Heroes, NBA 2K21 and Stranger Things 3: The Game will all be leaving Xbox Game Pass on August 31. This is across all three iterations of Game Pass: PC, Xbox, and Cloud.

Thankfully, from August 17 through to August 26 we can expect the following games to be added in some capacity to Xbox Game Pass.

Note that some of the below are already available on PC and/or console, but are being added to Cloud play for Xbox Game Pass users.

Which Xbox Game Pass additions are you most looking forward to? Sound off in the comments below!

← Previous
Call of Duty: Vanguard is being made by five developers 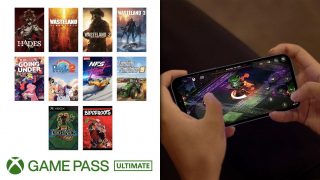 Next →
Xbox Touch Controls come to a host of Xbox Game Pass titles, including Hades and Psychonauts
Click here to cancel reply.

Suspect NBA 2K21 leaving means an upcoming sale ahead of 2K22 in a few weeks.

Fallen Order has been on Game Pass for months.