Halo Infinite has had a Battle Royale mode in development for years that is connected to the game’s main story, according to a leaked report.

After its successful PvE beta to start the month, there’s increasing hype surrounding the development of Halo Infinite. It’s arguably the most anticipated Xbox Series X exclusive, and rumours of a Battle Royale mode may well boost the hype meter even more.

The battle royale genre has become somewhat of a juggernaut following the success of DayZ, PUBG, and then Fortnite, with most AAA multiplayer games following in the mode’s footsteps. Call of Duty and Apex Legends, just to name a few.

It almost seems like marketing failure not to include the mode in some capacity, and so it probably comes as no surprise that 343 Industries, the studio behind Halo Infinite, may have at the very least considered a battle royale mode for the game.

Claims of a battle royale mode being in Halo Infinite come by way of Tom Henderson. The writer has leaked a number of Call of Duty and GTA reports in the past, but that shouldn’t dilute from the fact that this is all just unsourced rumours at this point, so take the below with a grain of salt.

Henderson claims that Halo Infinite has had a Battle Royale mode in development for years, and that it is connected to the game’s main story.

“The Halo Infinite Battle Royale is also heavily connected to the campaign in a lot of ways,” he said on Twitter. “So avoid [Battle Royale] leaks if you don’t want campaign spoilers. I’m not entirely sure what it means for Halo, but I’d imagine it’s to incentivise people to purchase the full game in some way.“

When prompted by followers on Twitter, Henderson said he wasn’t sure if the mode would ever be released, reiterating that it was simply in development and had been for “years”.

“Just to be clear, I’m not sure if it’s been scrapped on not or when/if it will release, but it’s been in development for years.”

This report comes off the back of some leaks earlier this month from the Halo Infinite Technical Test. The voice line announcement could be heard saying “Battle Royale”, which doesn’t necessarily mean a full blown battle royale mode, but could just as likely point to the existence of one.

How a Battle Royale would even work in the Halo universe is up for much debate. Does the gameplay and style of the multiplayer experience feed into the pace and offering of a battle royale game?

What are your thoughts? Would you be keen to see a battle royale mode in Halo Infinite? Sound off in the comments below! 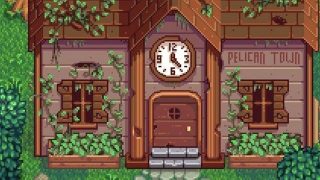