Zenyatta mains, rejoice: the buff you’ve been waiting for has finally arrived!

The patch notes for the latest Overwatch update lift the lid on a host of intriguing changes that are sure to change the dynamic nature of the shooter.

At the forefront of the latest update is a slew of nerfs to shields across the roster, namely Brigitte, who is probably the biggest loser from this update.

Her base health is been nerfed from 200 to 150, which stretches the usefulness of her shield but means she’s going to be relying on the buffer far more often than she’s used to.

Additionally, her Inspire passive ability has also been hit with a nerf, eating away at her healing ability to teammates nearby.

Brig has been in a strange place for quite some time, but the community has been calling out for some sort of change to the way she’s approached on the battlefield.

At higher ranks she appears to be shockingly OP, whilst on lower ranks she’s underutilised to such a level that these nerfs probably won’t impact the Bronze to Gold meta.

Orisa is another that appears to have been the cause of much focus in this update: her shield drops to 200 from 250, which is a big hit and makes her vulnerable given her cooldown hasn’t changed at all.

Additionally, the Halt ability has had its radius shortened, so you’ll need to be closer to an enemy if you want to pull off those illustrious environmental kills.

On the Damage front, Blizzard appears intent on giving the game a destructive edge.

Zenyatta, Symmetra, Roadhog and Pharah have all been nerfed in some capacity, with Zen’s update probably the cause for most celebration: his Orb of Destruction secondary has seen a charge rate increase to 15% — or 0.6 seconds down to 0.52 seconds per orb — while the rate of fire has been increased from 8.5 to 9 shots per second.

Roadhog stands to be a powerful foe (if he wasn’t already): his ammo has been reduced but overall damage per projectile has been buffed from 6 to 7. So a perfectly landed hook-chain-shot combo is all the more effective.

Developer Comments: The large radius of Orisa’s Halt! ability made it too effective in setting up combos against large groups of enemies on a relatively short cooldown. The changes to the projectile speed and radius are aimed at shifting its use to be more effective at catching single targets.

Developer Comments: These weapon changes are intended to make Roadhog’s Chain Hook combo more consistent and bring back some of the heavyweight feeling it had in the past.

Developer Comments: Given Sigma’s offensive strength with Hyperspheres and Accretion, we have reduced some of his defensive tools to bring him more in line with other Tank heroes.

Developer Comments: We’re reducing the cooldown of the Teleporter to help lower the friction between needing to use it as both a personal and team-focused mobility tool.

Developer Comments: Zenyatta has low healing and mobility outside of his ultimate but makes up for it with high potential damage output. With the recently lowered barrier uptime resulting in an overall faster pace of the game, we want to make sure Zenyatta still excels at his strengths. This change will make his charged attack flow a bit better in combat. 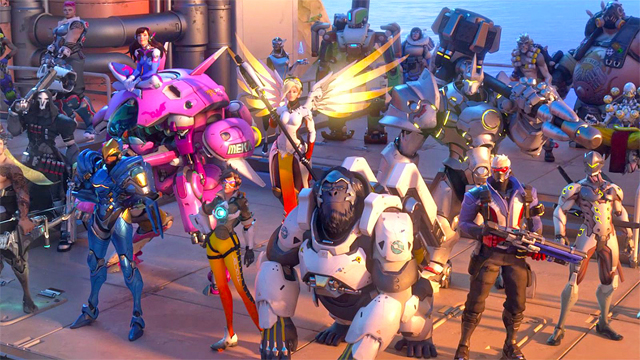