Call of Duty fans that skipped last year’s Infinite Warfare but are still hopeful of playing Modern Warfare Remastered may be in luck, with a recent Amazon listing pointing to a June standalone release for the game.

Earlier this month, eagle-eyed folks at Charlie Intel noticed a Modern Warfare Remastered standalone release listing on GameFly, which was promptly removed after it circulated in the media. 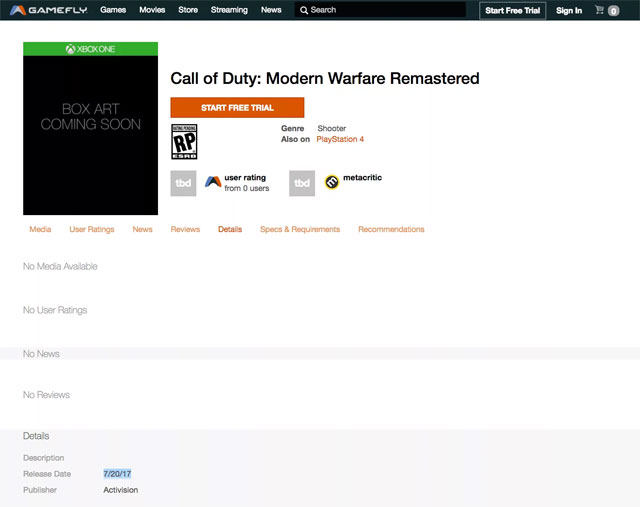 The Xbox One release date was noted as July 20, whereas the PlayStation 4 release was for June 20. That would make sense considering the PS4 exclusivity of Call of Duty expansions and DLC this generation.

Interestingly, both dates come after E3, alluding to an announcement at the event in June, perhaps during Sony’s pre-show PlayStation briefing.

The news went quiet after that initial leak, but hopes for a standalone release have ignited once again, this time thanks to Amazon Japan.

A listing on the site — which has been removed but screencapped — also points to a June 20 release on PlayStation 4, with an Xbox One release a month later. 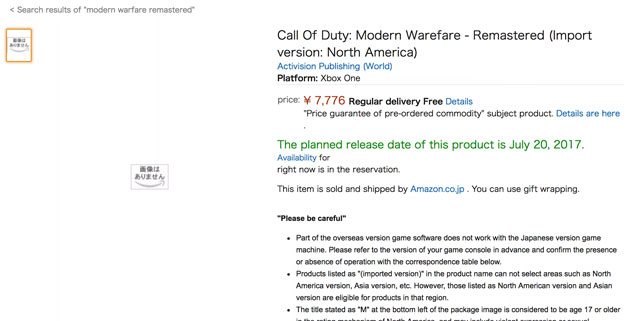 Modern Warfare Remastered is perhaps one of the best remastered and retooled efforts of a classic game ever, and with a healthy online community and a constant stream of updates, it seems logical for Activision to milk the game’s success and release it on its lonesome.