EA and DICE have lifted the lid off the highly anticipated Star Wars: Battlefront 2, with a slick and explosive trailer detailing the game’s single-player campaign and multiplayer.

The game promises to be an evolution of the first game’s best traits, with DICE working to improve the multiplayer and deliver the quintessential Battlefront experience for fans.

Set to hit PC, Xbox One and PS4 on November 17, Battlefront 2 is now available for pre-order.

You can jump right into battle with the Elite Trooper Deluxe Edition, which is currently priced digitally for $119.70 AUD, or $107.73 AUD for EA Access members.

Buying the Deluxe Edition grants you early access to the game, playable from three days before launch. 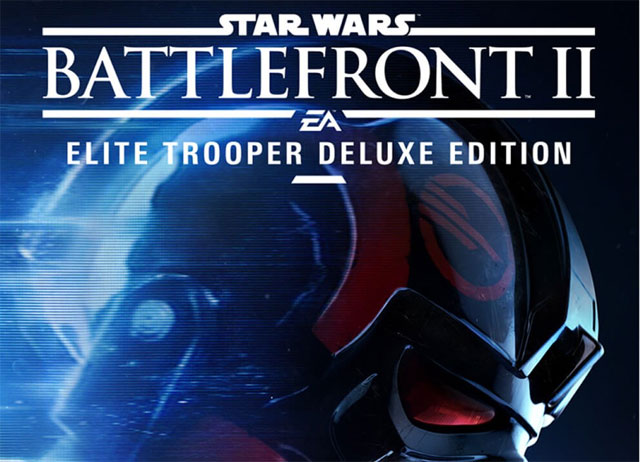 Here’s what else you can expect in the Battlefront 2 Elite Trooper Deluxe Edition:

Up to 3 days early-access to Star Wars Battlefront II

The recently revealed trailer for Battlefront 2 focuses a lot on the game’s story, a far cry from the multiplayer-only outing available in 2015’s entry.

We will indeed be getting a single-play campaign with a fully fleshed story, something fans have been crying out for since Battlefront was first revealed to be getting the reboot treatment at DICE HQ.