That headline means exactly what it says: Nintendo is planning to go head-to-head with a dairy museum in cow milking.

It all began when Billings Farm & Museum in the US state of Vermont put a challenge out to Nintendo to put its 1-2-Switch milking skills to the test.

For those of you that don’t know, Switch launch title 1-2-Switch features a 1v1 cow-milking challenge. Nintendo may now actually have to put its hands to the test …

“Our staff recently saw the cow milking game for Nintendo Switch and decided that you’ve taken all the challenge out of milking,” the museum said. “It is never that easy. We also think you guys look pretty slow.”

“We’d like to set up some sort of challenge to pit our team against yours to see who can milk the fastest.” 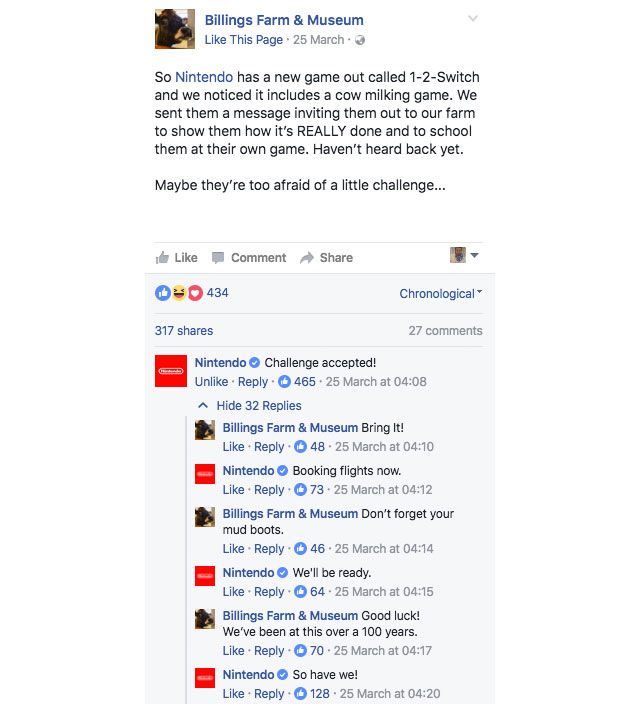 This is legit happening, too: a Nintendo of America representative confirmed to Polygon that “they’re actually going up there this week.”

Who would have though that 1-2-Switch had such amazing eSports potential.

Next →
Destiny 2 is now official, but release date remains a mystery
Click here to cancel reply.