Resident Evil 7: How to get the shotgun, and best M21 Shotgun strategies

Resident Evil 7 is a return to the classic survival-horror formula that defined the series in its early years.

While it may have veered off towards action in recent entries, the Resident Evil franchise remains as one of the most loved and respected in gaming.

Resident Evil 7 has kickstarted a new generation for the series, bringing about an exciting new direction, perspective and story.

While the game isn’t anywhere near as action-focused as more recent entries, weapons still form an important part of the experience.

In this guide, we’ll show you how to find the powerful m21 Shotgun, and the best strategies to use while equipped.

Head to Grandma’s Room on the second floor to get the Broken Shotgun: you’ll need this in order to get the M21 Shotgun.

If you haven’t yet acquired the Repair Kit, head outside of the house, and go inside the boarded hole the leads under the house, between the two sets of stairs that lead up to the patio.

Combine the Repair Kit with the Broken Shotgun to get the M21 Shotgun.

This shotgun is incredibly powerful, but can only use two shells at a single time. It’s still far more useful over than the M37 Shotgun, due mostly to its damage output.

This shotgun is probably best use to cause significant damage at the start of a fight if you still have full health.

Due to the gun’s lengthy reload time and minimal ammo capacity, reloading during a battle can cause chaos. That’s why you don’t want to use it later on in battle: use it early, cause some heavy hits, and then move in for the kill with more efficient weaponry. 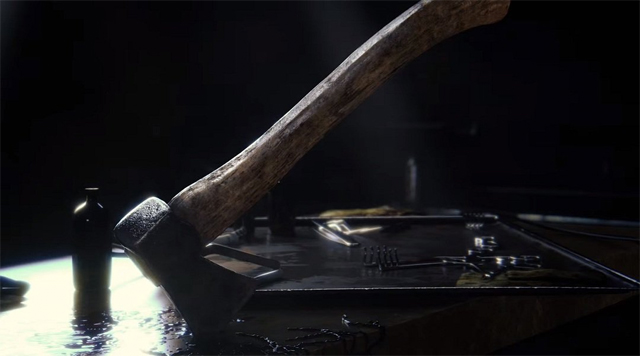 Next →
Resident Evil 7: How to get infinite ammo for every weapon without cheating
Click here to cancel reply.

Resident Evil 7: How to get infinite ammo for every weapon without cheating | Fenix Bazaar

[…] We’ve already got some guides helping you find Antique Coins, which are needed for upgrades, and how to find the Grenade Launcher, Axe and M21 Shotgun. […]