One of the more impressive games to come out of E3 2015 could be showcased in greater depth at this year’s show.

PlayStation 4 exclusive Horizon: Zero Dawn from Killzone developer Guerrilla Games has a release window of 2016, but we’ve heard little about the game since its E3 2015 release. Some journalists saw the game behind closed doors last year, although previews and insights since then have been far and few between.

It now seems as though Sony will showcase more of the game at E3 2016, which kicks off in three weeks.

A massive poster of the game has been spotted in downtown LA, and while this doesn’t mean anything specifically, generally games that have such large poster material around Los Angeles at E3 are either showcased at the event or are close to release. Last year for example, Batman: Arkham Knight had a number of large posters throughout the city ahead of its June 23 release. 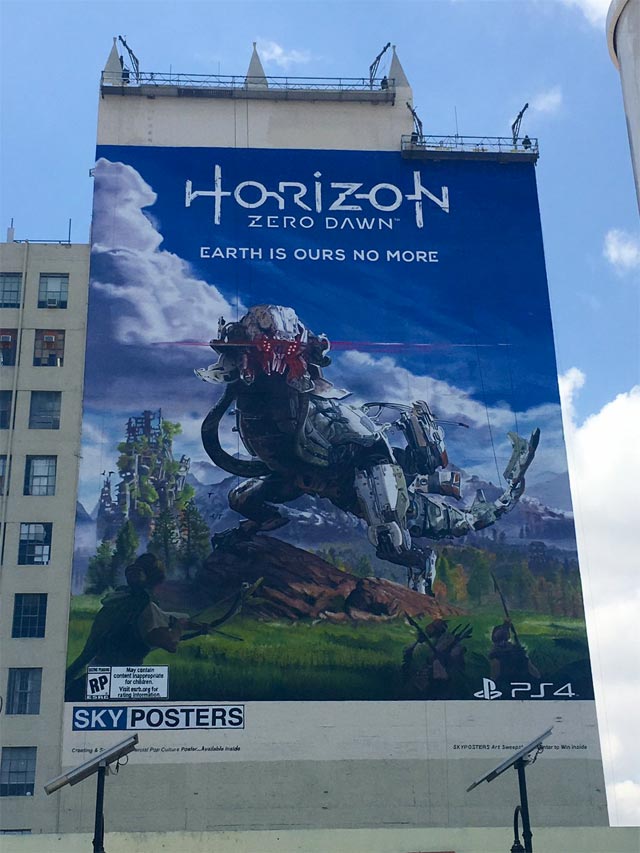 Interestingly, this poster of Horizon does not feature a release date or “2016” anywhere, although this doesn’t mean it’s delayed: it could just be that Sony and Guerrilla are building intrigue and mystery ahead of E3.

One thing’s for sure, though: we’ll definitely see Horizon: Zero Dawn in Los Angeles next month.

← Previous
Overwatch impressions, and some tips to get you started