With the launch of Uncharted 4: Among Thieves on PlayStation 4, Naughty Dog’s acclaimed action-adventure series is set to hit the 30-million mark.

The Uncharted series is undoubtedly Sony’s second-most important and lucrative franchise beyond Gran Turismo. With the launch of Uncharted 4: A Thieves End, both Sony and developer Naughty Dog end the series on a high and at a time when the PlayStation 4 is trumping the competition.

The acclaimed franchise — Uncharted 4 currently hovers at around 94% on Metacritic — seems to have peaked just as Naughty Dog winds down iconic hero Nathan Drake’s story.

Will the franchise return? Well, probably not with Naughty Dog, and it might be time for a new hero to take Drake’s place.

Nonetheless, whatever the franchise’s future, there’s no denying its place in PlayStation history. Before the launch of Uncharted 4 this week, the franchise had topped 28 million sales including the release of Uncharted: The Nathan Drake collection, which sold around five million copies globally.

That would put sales at well over 30 million once Uncharted 4 figures come in, according to Shawn Layden, president and Sony Interactive Entertainment America (via Fox Business). Uncharted 4 may very well be the highest-selling entry in the franchise yet. When you factor in PS4 sales figures, with around 40 million sold globally you have about a 25% install base buying the game, so you’d think at least 7-8 million copies sold.

What are your thoughts on Uncharted 4: Among Thieves so far? Is it worth the praise? 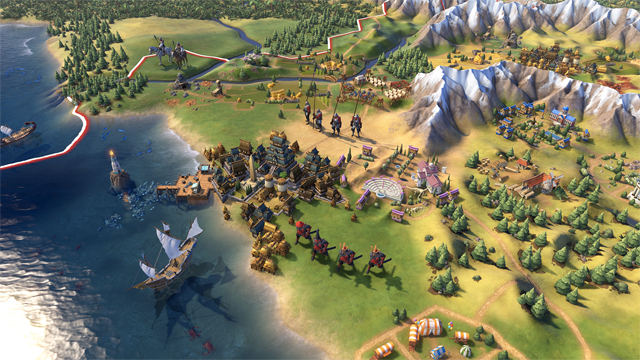 ← Previous
Civilization 6 announced, set to ruin my life this October