With Forza Horizon 5 and Halo Infinite still to come, Xbox Game Pass ends 2021 as the best gaming can offer

When Xbox Game Pass launched in mid-2017, few would have imagined it would transition into arguably the best value-for-money offering in gaming, at least for console gamers. More than four years on, and with Xbox 20th Anniversary celebrations set to kick off soon, 2021 stands to end with a bang for the service, with impressive growth and a great games list leading the way.

Xbox Game Pass has been a colossal success for the Xbox brand and Microsoft. A recent Microsoft SEC filing outlined a +37% increase in subscribers for FY21, which is below Microsoft’s target of 48%, but still mighty impressive, especially given growth forecasts were likely tied to the release of the Series X and Series S, and hardware shortages have impacted market growth. Had the console not been impacted by chip shortages, there’s no doubt that the 48% target would have been smashed.

That target likely also aligned with a perceived earlier release of Halo Infinite, which is now set for release on December 9. You also have Forza Horizon 5 set to launch early next month, and so Microsoft should probably expect a further boost for this financial year once those games hit the market.

Let’s also consider the growing contributions of the ZeniMax Media portfolio, namely with Bethesda titles; day-one releases like Back 4 Blood; the addition of EA Play and its growing library, and sustained growth is all but guaranteed for Xbox Game Pass, especially as more gamers get their hands on a Series X or Series S console.

If you’re keen on Halo Infinite or Forza Horizon 5, you could literally sign up for only a few dollars and play the games on day one: for many Xbox gamers with an affiliation for the brand, buying first-party games on day one just doesn’t feel right anymore, because Xbox Game Pass Ultimate provides everything for you without having to leave your home.

Even beyond first-party titles, being a Game Pass subscriber has meant my game purchase spending has been way down over the past few years. I didn’t have to buy Outriders; all of Destiny 2 and its expansion packs are ready and raring to be played; EA Play has all Battlefield games as well as both Battlefront titles; and should I wish to invest in an EA title from day one, I get a nice little discount as well.

For console gamers — and PC gamers to a degree with a growing list of titles available on Xbox Game Pass for PC, Age of Empires IV being the most recent — Xbox Game Pass is undoubtedly the best value for money on the market. Every single genre is covered — you can move from first-person shooters, to action-adventure games, platformers, racing games, and even simulations — and you won’t have to pay a dime outside of what’s covered by your Game Pass subscription.

Since day one, I have invested more than 1000 hours into the fantastic Xbox version of Cities Skylines. I’ve played over 500 hours of Destiny 2, about 200 hours of Outriders, 50 hours of Forza Horizon 4, 20 hours of Crackdown 3, replayed Mass Effect and Mass Effect 2 from start to finish, and played so many hours of The Master Chief Collection that I have to wonder at this point why my wife hasn’t left me yet.

I’ve paid approximately $720 in Xbox Game Pass fees since I first signed up. In Australia, that’s the equivalent of roughly 10 games released at retail. By my calculations, I’ve played a total of 47 games on Xbox Game Pass, and the aforementioned hours breakdown is only a drop in the ocean across all games I’ve played.

If that doesn’t reflect the true value of Xbox Game Pass, I don’t know what does.

Are you an Xbox Game Pass subscriber? What are your thoughts? Do you like the service? What do you play the most? Sound off in the comments below! 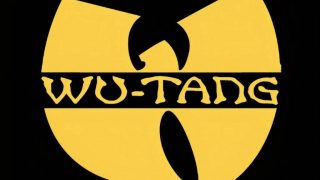