The Ascent: How To Save Your Game

Here’s how to save your progress in the new post-apocalyptic cyberpunk game, The Ascent.

The Ascent is causing quite a bit of noise on the gaming front. The top-down twin-stick shooter is not without its problems, but it’s proven to be a welcomed addition to Xbox Game Pass on Xbox Series X and PC. It features a number of familiar gaming tropes and characteristics, particularly with regards to character progression, weapon classes and upgrades, and other customisation elements.

If you’ve spent a bit of time playing The Ascent either on PC or Xbox Series X, you may have found yourself rampaging through the depths of the game’s menu system, trying to figure out how to actually save your progress. The Ascent is rather unforgiving, particularly when playing alone given the core experience is very much centred around cooperative multiplayer, and so the fear of dying over and over again and losing your progress is very real and rational.

Given the sheer amount of depth and progression available in The Ascent, being concerned about your game’s save is not unreasonable, especially given the game gives very little indication that your progress has been saved. This may well have been a purposeful design choice by the game’s developers. Nonetheless, The Ascent has a subtle auto-save system that chugs along in the background, so for the most part you don’t have to worry about losing your progress.

There is no manual save system in The Ascent, so don’t even bother trying to save your game increase you need to turn the game off. The game saves in unpredictable patches, as well as after key events such as major battles, new level progression, new areas being found/unlocked, and after cutscenes. If any of these things happen and you die a few minutes later, you may still need to progress through an area again but many of the key events you unlocked won’t reappear.

As an example, if you find new weapons, unlock new Skill points, or initiate any sort of “event”, the game will “save” your progress. The same goes for general progression through a mission: once you complete a specific event or task within a mission, your save will revert back to that point if you die or reboot the game.

In my own experience, I’ve never reverted back so far that it’s actually turned me off playing: if I die during a big battle I typically just respawn slightly before the area, which is completely reasonable. The game classifies this as a checkpoint, and so understandably it’s where my “save” begins.

It’s admittedly a rather questionable design choice, and may have something to do with the game’s strong online focus, but it’s far from game-breaking. In fact, I’d say that once I discovered the game did all of the saving for me, it never really became and issue because it saves at right around the same spots as I probably would anyway. I’m not for example going to save at a random spot of a game with no significance: I’m probably going to do it just before or after a big battle, or after I’ve unlocked something. That’s exactly what happens here with The Ascent‘s auto-save function.

On Xbox Series X the game appears to lack Quick Resume functionality, which is a shame: I’ve switched between multiple games quite a few times, and The Ascent is the only one that reboots from the start without Quick Resume enabled. That one I can’t quite put my finger on, but I guess it, too, has to do with the game’s online focus.

What are your thoughts on The Ascent? Are you enjoying it? Sound off in the comments below! 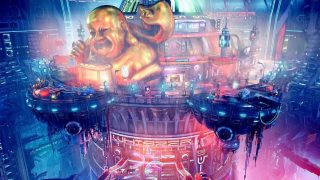 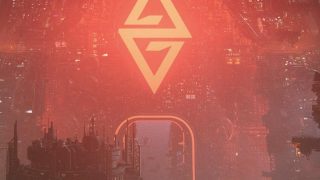