The Ascent on Xbox is best experienced away from your TV

If you’re crying out for something to play on PC or Xbox Series X right now, then The Ascent could well be right up your alley. This cyberpunk-inspired twin-stick shooter is all the rage now and for good reason: it’s a true sleeper hit of the year.

What makes it so good? Don’t get me wrong, the game is far from perfect, and I’ll touch on that in depth below, but The Ascent stands out right now for two key reasons.

One, it comes in the midst of a disastrously dry period for gaming. There’s just not all that much coming out, and so even average games are generating some chatter. The Ascent is better than your average game, although I doubt it would be generating much noise if it were released in, say, November.

Second, it does “cyberpunk” better than, well … Cyberpunk. Yes, the actually game. You know the one I’m talking about.

What The Ascent does quite well is actually set the scene for a world fuelled by technology, and yet hampered by oppression. The technology is rampant, impressive and advanced, but the world around is as intriguing as it is miserable. The socio-blend of cultural impacts makes for a weirdly soothing Oddworld-esque vibe, even if the world itself isn’t metaphorically appealing.

There’s a much larger piece here to dissect, and I am admittedly only a few hours in, by The Ascent managed to establish a weird “hook” on whoever plays it. It does that by being simple and familiar enough to overshadow any potential discrepancies that may exist in its many different balancing acts.

Consider that the game is staunchly PC in design from a UI perspective, and yet weirdly refined by play with a controller. It’s suitably designed for a prioritised multiplayer cooperative experience, and yet it’s more than competent as a single-player offering. It buries much of its more interesting narrative structures beneath long stretches of environmental back-tracking, but the world alone is enough to keep you motivated to progress, even if you forget whatever the hell it is the mission is about.

In summary, The Ascent is quite solid: it’s not ground-breaking, is drenched in old-school arcade tropes, and has faced some challenges with its multiplayer offerings — something the developer is ironing out as we speak — but it’s a nice reminder that the top-down, twin-stick shooter, in all its many decades-old wisdom, still has incredible value. I strongly recommend you give this game a shot.

I do have one main callout, however, and that’s with regards to the game’s console version. The Ascent on Xbox certainly feels just as I have described above, but you can tell that the game has been designed with the PC first and foremost in mind.

That’s completely fine, and it’s not uncommon to have a game release with a lead platform across PC or console, but there are elements to the wide The Ascent experience that are in desperate need of some additional polish.

The number one key problem with The Ascent on console is that the UI is not suitable to lounge room console gaming. The text is abnormally small, to the point that it’s pretty much impossible to read unless you’re within a few feet of your TV. On top of that, the red and black overlay creates some serious Virtual Boy brain pain vibes. Trying to read anything on the screen in the dark for an extended period of time actually brought on early symptoms of a migraine. I literally had to stop playing the game to give my eyes a break. After 20 minutes.

Thankfully, I’ve found a solution to this, and it’s actually to make the screen smaller. Yes, you read that right. Using my Samsung Galaxy s21 Plus and a Razer Kishi, which I’ve reviewed here, The Ascent actually transition from a good game that can be a pain to play, to a perfectly refined handheld masterpiece. In almost going blind, I discovered a handheld gem for your Xbox.

I’m not going to lie to you and say that things are improved and that the text still isn’t somewhat of a pain to read. There’s still definitely some work that needs to be done to refine this game’s UI for console gamers. But if you have the capacity to play The Ascent remotely on your phone, then I strongly recommend it. Not just for improved capacity to read whatever the hell it is the game is trying to tell you, but also because it’s actually a fantastic game to play portably.

What are your thoughts on The Ascent? Sound off in the comments below! 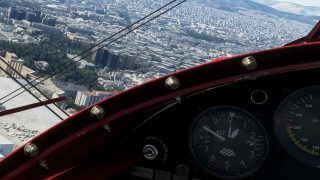 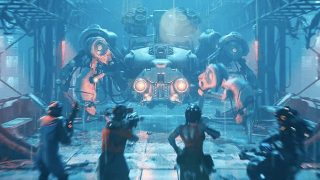