We will have to wait a bit longer for a Modern Warfare 4 trailer, with Call of Duty 2019’s announcement locked in for June 2019.

While Call of Duty announcements and trailers have historically been unveiled across April and May, Activision Blizzard and Call of Duty 2019 developer, Infinity Ward, are opting to hold back on announcing this year’s entry — likely to be Modern Warfare 4 — until late June or E3.

The company recent investor’s conference detailed its plans for Infinity Ward’s latest, confirming that announcements and the official reveal for Call of Duty 2019 won’t be made until the end of the current quarter, being June.

It could well come before then, but Activision Blizzard may be looking to optimise excitement around the game by revealing it during the typically slow US summer period, or perhaps even during E3, which takes place June 11 – June 13.

Back in February, Activision president, Rob Kostich, said the game would have an entirely new campaign, as well as “a huge and expansive multiplayer world”.

“And of course some fun co-op gameplay,” he said.

But it was Activision Blizzard CFO, Dennis Durkin, that provided perhaps the most tease and signs of Modern Warfare 4 with his comments about Call of Duty 2019.

“[It] will appeal broadly to both existing and new fans … [it’s] a great step forward in the franchise that is also rooted in some of the franchise’s most important history.”

That last bit really does point to it being Modern Warfare 4, given calls for the franchise to return to its roots.

The past few weeks have been exciting for Call of Duty fans and in particular, Modern Warfare fans.

A few days later we received a sort-of-confirmation by way of a number of NFL and college football players, who were invited by Activision to try out the new Call of Duty.

Since then, we’ve had two solid confirmations of the existence of Modern Warfare 4. In one instance, NFL Tennessee Titans quarterback, Marcus Mariota, says during a Fortnite Twitch stream with Nickmerks that his favourite Call of Duty games were the Modern Warfare games, and that he’d “just played the new one”, and that it was “like the old Modern Warfare“. Check out the clip and read more here. 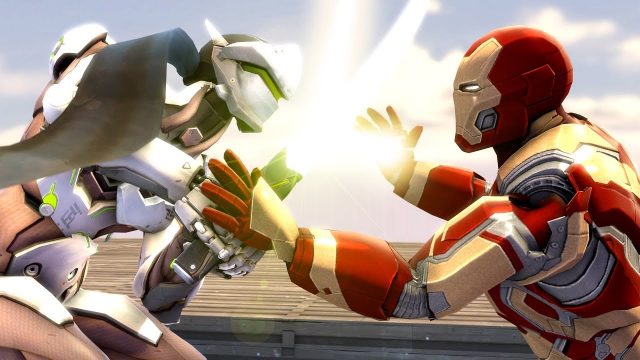 ← Previous
Avengers: Endgame gets its own game in Overwatch