It was clear that the Call of Duty faithful had grown tired of the futuristic setting. Activision agreed, despite saying the “dislikes were a good thing” for the franchise and game at the time.

When sales stagnated, the publisher said Infinite Warfare wasn’t the success it hoped it would be. That didn’t stop the game from being one of 2016’s most popular — and hated — games.

What a difference a year makes.

Activision has long been sprouting a return to franchise roots with its 2017 Call of Duty entry, and earlier this week it finally put the rumours to bed by confirming Call of Duty: WWII, the franchise’s first World War II-based game since 2008’s World at War.

At time of print, the game’s reveal trailer has a staggering 799,000 likes on YouTube. That’s more than the 500,000 Infinite Warfare currently has, and it only took 48 hours.

The consensus is in: Call of Duty WWII is exactly what the doctor ordered, and Infinite Warfare was the straw that broke the camel’s back. At 3.5 million dislikes, there’s absolutely no saving a franchise with as negative a reception, regardless of how well it sells.

The reveal trailer for Call Of Duty: Infinite Warfare would go down as one of the most disliked in YouTube history, and the writing was on the wall early for a franchise crying out for a return to its roots.

What does it say about an industry in which the most disliked, underperforming game of the year also manages to be its most commercially successful?

Activision certainly wasn’t prepared to throw in the towel. Infinite Warfare may have been the worst-performing Call Of Duty game in years, but it’s far from the worst game. 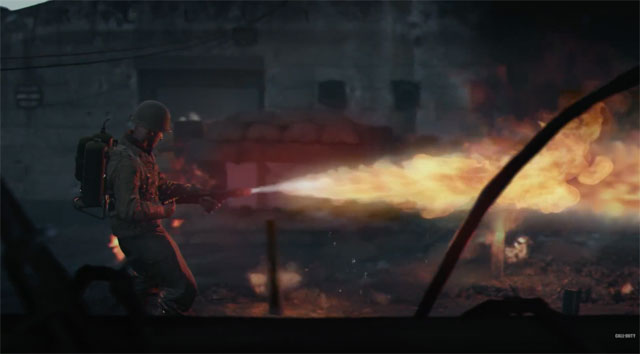 The bundling of Modern Warfare Remastered may have been a stealth attempt by Activision to drive sales: I highly doubt Activision didn’t see that gamers just weren’t loving futuristic Call Of Duty.

Problem is that entries are now developed in three-year cycles, so Infinite Warfare had been under development since 2013, long before Call Of Duty made the full transition to all-out wall-jumping futuristic fares.

The classic certainly helped Activision avoid utter catastrophe, but the publisher still had questions to answer about the overall performance of the franchise.

“Sales underperformed our expectations, and it’s clear that for a portion of our audience, the space setting just didn’t resonate,” Tipple said. “We had a passionate experienced studio deeply committed to this direction, and despite the risks we saw, we believe it is important to consider the passions of our game teams in deciding what content to create.” 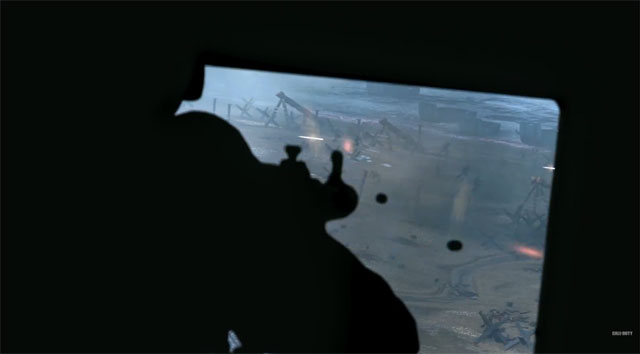 “Despite the risks we saw” is a very important quote to take out of this: as I mentioned above, there’s no way Activision didn’t see the writing on the wall for the futuristic setting long before Infinite Warfare‘s release.

It wasn’t a “risk”: it was just a natural progression of a franchise that, at the time in 2013, was crying out for something different.

The problem is that it jumped the shark … and then jettisoned to Mars: it went overboard, and Activision and Infinity Ward were already too far involved to start from scratch. Lesson learned, but it’s probably why Sledgehammer Games’ 2017 entry will be going back to Call Of Duty‘s “roots”, as we’ve seen with the reveal of Call of Duty: WWII.

This year, traditional combat will take centre stage for Call Of Duty. Ironically, five years ago we were asking for more than standard boots-on-the-ground gameplay.

In 2017, it may just be the shot in the arm the franchise needs. Will Call of Duty: WWII deliver? The signs look good so far.

← Previous
Danger Zone coming from the team behind Burnout