Minecraft Marketplace set to offer the best maps for a price

A new Minecraft marketplace could encourage a wave of entrepreneurial artists to the game, with a pricing model set to send shockwaves through the game’s passionate community.

The game’s 1.1 Discovery update, which is expected to go live by the end of the month, will introduce The Marketplace, a place where the game’s best creators will be able to sell their best maps for a price.

It will be available for C++ “Bedrock Engine” editions on PC and mobile to start. 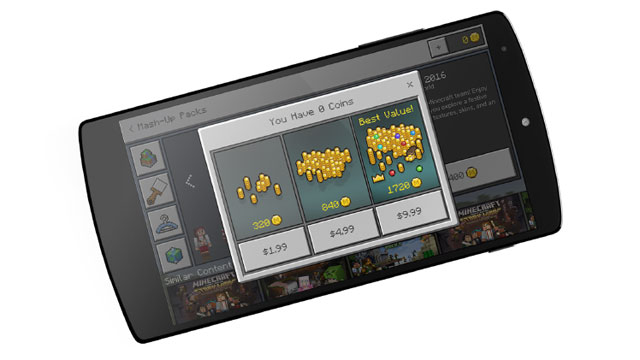 Creators need to be approved before they can sell their stuff on the store, meaning it’ll offer the best of the best.

On top of maps for sale, there will also be skins and other assets, all available for purchase using the store’s new in-game currency.

Minecraft Coins, as they’re called, can be purchased with real currency. It will form the backbone of a storefront that will host a number of popular and reputable Minecraft creators, including Blockception, Blockworks, Eneija Silverleaf, Imagiverse, Noxcrew, Polyamps, Qwertyuiop The Pie, Razzelberry Fox and Sphax.

Anyone can join the marketplace, however submissions are only open to people with a registered business.

The current pricing structure for Minecraft Coins is as follows:

The store will take 30 percent of the sale, while more than 50 percent will go to the creator. Even though the game isn’t available on Xbox, you’ll need an Xbox Live account to buy coins.

Microsoft hopes that purchases will be playable cross-platform in the future, but as it stands any content you purchase on the store can only be used on one device. 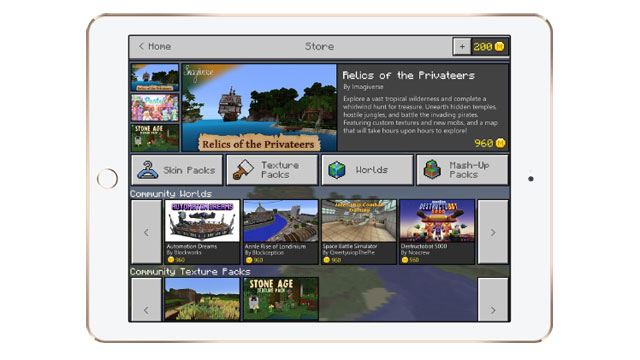 A public beta will launch on Android in mid-April, which will be used to test the Minecraft Coins system.