They are four different classes: Wardens, Conquerors, Peacekeepers, and Lawbringers, each with their own unique defensive style, weapons, and armor.

If you’ve settled on Knights as your faction of choice, it’s now time to choose your class. Once you’ve done that, use this guide to learn the basic feats and move sets as you battle your way through those devilish Samurai and barbaric Viking! 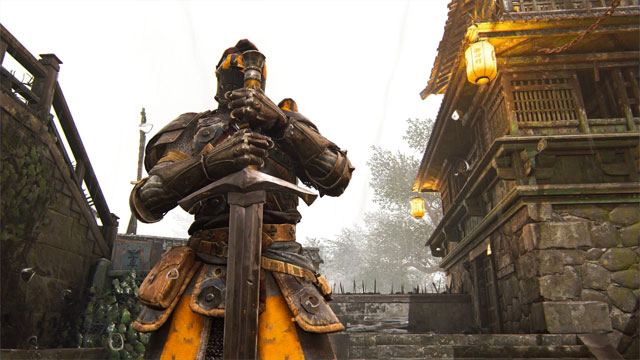 THE BASICS: Wardens are powerful warriors with a very specific focus on defence, although there is a good balance next to the class’s offensive capabilities.

ARMOR OVERVIEW The Warden’s armour is a strong set of metal plates, with a face-planted helmet, which is great for protecting against strong attacks. There is good coverage across the entire torso, as well as arms and legs.

MAIN WEAPON: The weapon of choice is the Longsword, which is a two-handed sword. Despite its size, it is a powerful and versatile weapon, which is great for both offence and defence, making it the definitive Knight weapon.

Rushing Slash (Not in Guard Mode): 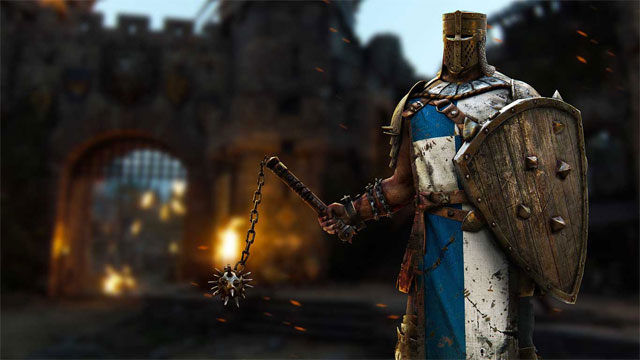 THE BASICS: These warriors come heavily armed and ready for battle. They use perhaps the best defensive tactics and stances in the Knights faction, and can work for long periods in battle as the opponent slowly but surely ties.

ARMOR OVERVIEW: This class has a strong helmet, complimented by plate armour behind clothing. Relatively well protected against an onslaught in attack and defence.

MAIN WEAPON: These guys use the Footman’s Flail, which is a powerful and gruesome weapon. They use iron chains to guide a spiked ball towards the enemy, inflicting huge amounts of damage. 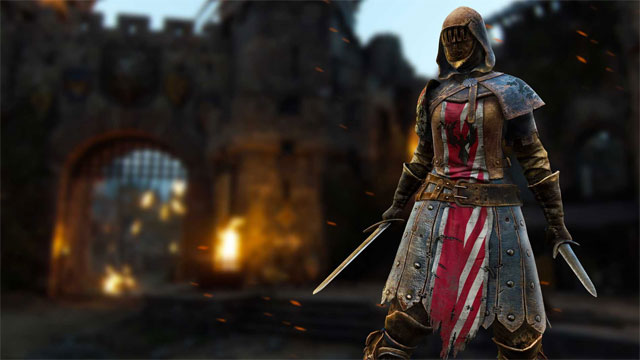 THE BASICS: The Peacekeepers are among the most agile, mobile, and quick in For Honor. They can go in and out of a battle before anyone even knows they were there! Ideal for quick assassinations, and for taking down large, heavy and occupied opponents.

ARMOR OVERVIEW: What Peacekeepers have in speed they lack in armor. They have a helmet with a visor, and a cloak to help conceal them, but beyond that, they’re rather vulnerable.

MAIN WEAPON: Peacekeepers use the trusty sword and dagger to get the job done, and they’re very effective at it.

Slipping Lunge (not in Guard Mode): 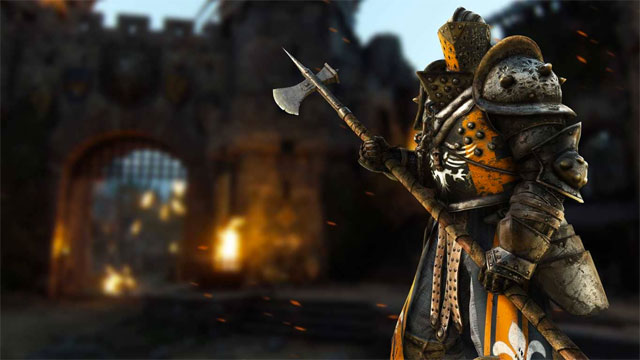 THE BASICS: The Lawbringers are, as you might imagine, the bringers of justice … and they bring it hard. They have the weapon armor, arguably the best weapon, and perhaps deal the most damage in the game.

ARMOR OVERVIEW: They shouldn’t be messed with. They have very powerful armor, and their Tudor protects them against head-high attacks.

MAIN WEAPON: They use the pokeaxe, which is a brutally efficient, versatile and powerful weapon. It can brutalise opponents and cut through hoards of enemies with ease.

Impaling Charge (Not in Guard Mode) (Push Back):

The Long Arm (Knocked Down):

Shove Mix Up (Push Back, unlockable):