It’s coming a lot later than expected, but gamers will finally get the new Star Wars Battlefront campaign they’ve been crying out for.

The follow-up to 2015’s Battlefront reboot will arrive in 2018, and EA says it will come with a host of improvements over its relatively well-received predecessor.

Perhaps one of the biggest criticisms aimed at DICE’s 2015 offering was that it lacked a single-player campaign. While the Battlefront franchise is synonymous with multiplayer gaming, its entries always had some sort of solo campaign. 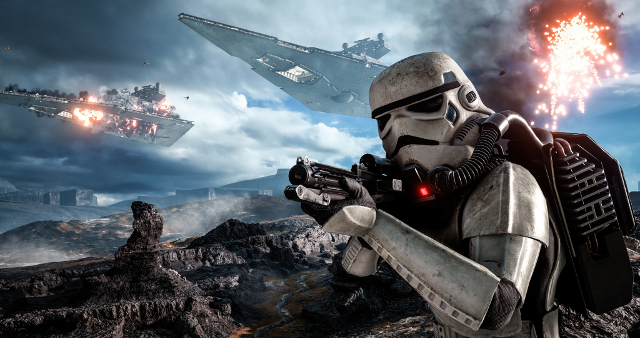 EA decided to go the multiplayer-only route with the reboot, however, and a scattered DLC plan and shallow content offering at launch ultimately led to a large drop off in player numbers throughout its life.

Thankfully, these issues seem to be getting addressed with Battlefront 2. EA says the new game will span “multiplayer Star Wars eras”, which we can assume will cover the film franchise, including this year’s The Last Jedi, which hits theatres in December.

Interestingly, this new Battlefront game will be co-developed by DICE and the Montreal-based Motive, along with Criterion, best known for having worked on the Burnout franchise. The studio also developed the recently-released PSVR Battlefront freebie. 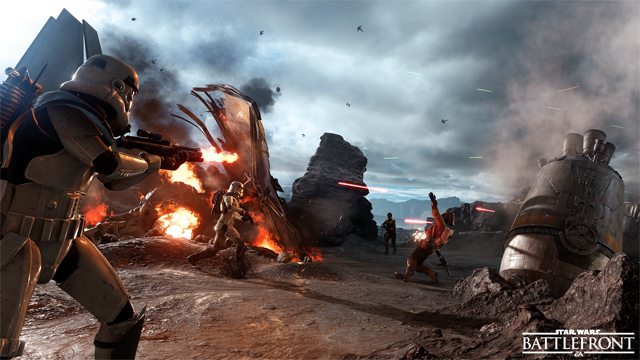 EA CEO, Andrew Wilson, said fans can expect to see both The Force Awakens and Rogue One featured in the game in some capacity.

While Battlefront went on to sell more than 15 million copies globally, EA will surely be looking to establish the franchise as a respected entry in the multiplayer shooter genre.

Many gamers lamented the title’s lacklustre mode and map count at launch, a decision EA will surely make amends on with Battlefront 2.

How would you like to see Battlefront 2 improved? Sound off in the comments below!

← Previous
A new action-adventure franchise is on the way from the studio behind Mass Effect and Dragon Age.