While those of us outside the US are waiting for release time confirmation — we just don’t know when the game will be released on the App Store — there is plenty we do know about Nintendo’s first foray into mobile gaming, including pricing, gameplay, and, now, download size.

Nintendo has updated the app download page for the game, listing it as 205 MB.

Previously, the listing page had simply shown the release date next to “Size”.

December 15 stands to be a very important day for Apple, the App Store, and Nintendo. It will be the latter’s first mobile game developed and published in-house, so, as expected, it will face far more scrutiny and attention than Pokemon Go did.

This is a franchise and a character with a broad reach across generations, and while Pokemon is similar in how it appeals to a diverse demographic of player, Mario is a household name dating back to the ’80s, and continues to be an important role model and mascot, not just for Nintendo, but for video games more broadly.

The unparalleled success of Pokemon Go, which broke all sorts of records upon release on its way to having the highest grossing 30-day launch period of any iOS game ever, makes the release of Super Mario Run all the more interesting.

One insights team predicts the game could earn more than $70 million worldwide in its first month of availability, and that doesn’t include China.

Super Mario Run throws in some subtle gameplay changes that take the standard, classic platformer gameplay that has defined Super Mario games for decades, and balances it out next to the increasingly challenging auto-runner gameplay we know all too well on the smartphone platform. 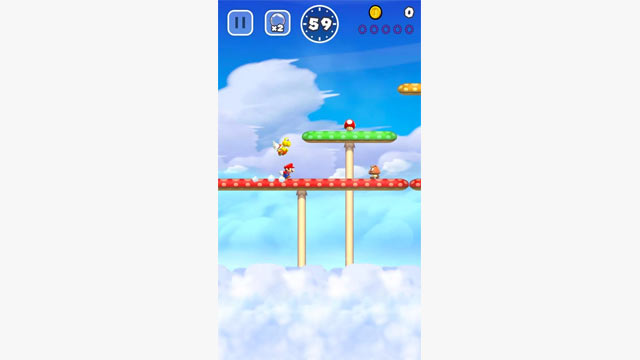 We’ll of course have to wait and see just how well this all blends together, but the idea behind “stylish” moves sets Super Mario Run up to be a successful smartphone debut for Nintendo.

← Previous
Yooka-Laylee moves from Wii U to Switch, out April 11