So the reviews are in for Remedy’s Quantum Break, and they’re pretty divided. There are some really great ideas here, and from a storytelling perspective, while it often crumbles on the back of its own intense sense of self-importance, is really ambitious and absorbing. Remedy is actually really good at that balancing act of non-linear storytelling and concise, defined character development.

The best part of Quantum Break is that it actually has a great sense of, well, time. Which is probably a good thing considering it’s a game about how fractured time is in the context of what’s happening in the game world. Its ability to weave in and out of one character’s core storyline before branching off into the main antagonist’s creates a really great bridge between the game experience and the television series, which, surprisingly, actually kind of works here as a storytelling device.

The level design is fantastic, with hoards of collectibles and a well-structured, informative UI that incentivises and encourages replays for the sake of truly uncovering the narrative drive of the characters. Remedy doesn’t hide from the fact that most of these collectibles are “narrative objects”, calling them as such. The upgrade system ties into that subtle element of exploration, making you truly work for the chronon sources (essentially the game’s upgrade currency) by hiding them in kind-of-hidden-but-not-really places: if you look hard enough, they’re always well within reach. 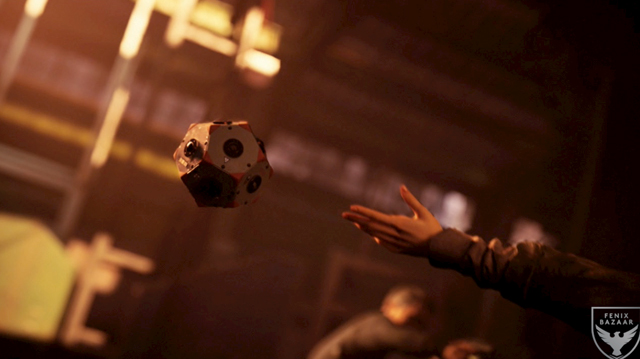 And that’s one thing that I really like about Quantum Break: everything just seems within reach. Platforming puzzles do a fine job of breaking the experience up between mindless firefights and the occasional mini-boss, while the cutscenes are directed and executed with the same sort of Hollywood finesse as the television series. No expense has been spared here.

Well…kind of. Sometimes, Quantum Break feels a little…rushed. Firstly, the cover system is probably the worst I’ve come across in any game with third-person shooting mechanics from the past five or six years. It’s bad. Our main character in Jack just locks into cover behind any random object, even if there are no enemies nearby. Basically, if the area previously had enemies, then Jack will break into cover. It won’t matter if you’ve taken them all out or not. It’s not a hard, tight break into cover, so it’s not a massive deal breaker, but it’s almost too loose as to be completely useless during gunplay. I can appreciate Remedy’s intention here, because perhaps they wanted to leave Jack vulnerable enough so that the game’s gameplay mechanics felt grounded next to the realism of the television series. But next to the Uncharted’s, Grand Theft Auto’s and Gears of Wars’ of the world, it feels way too dated. It makes me feel that they were just too per-occupied with the time mechanics and meeting the release deadline to really invest in a decent cover system.

The same goes for the gunplay. It’s just…well…dated. It’s not awful, but it’s not good, either. Guns just lack…punch. Power. They don’t feel as effective as they actually are on the game’s enemies. Blending those cover mechanics with some really uninspiring gunplay makes Quantum Break feel more like an action gaming that’s trying really hard to get in with the “cool” group. Quantum Break is lucky that time manipulation powers step in to save the day, and they can be really useful in getting things done faster and more efficiently then by simply holding back in cover and shooting. Sure, you’re supposed to run out, use these time powers and take out multiple enemies before they even realise, but sometimes cover and non-assisted shooting is necessary, and that’s when things can get frustrating. 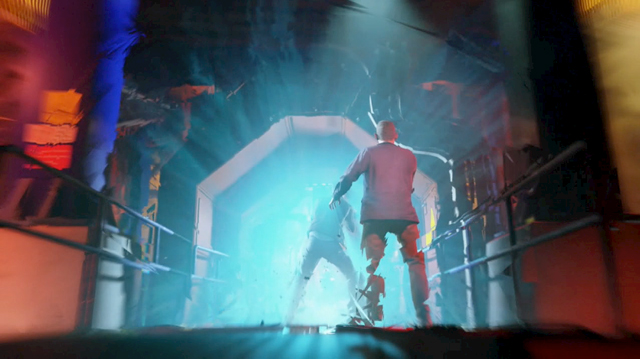 There are few studios doing what Remedy is doing here with narrative and level design. Their worlds feel eerie and empty yet strangely alive, infected with the mysterious events of the past, present and future. They did that so well with Alan Wake, and now again with Quantum Break. Something tells me that maybe they didn’t want those shooter elements and cover mechanics to stand out, that they wanted the game to be remembered for its hearty, mind-bending plot.

The sad reality is, though, that when you’re making a game, you really do need to find the right balance between the gameplay’s driving forces and the story’s, otherwise it can be tough to really feel part of what’s pushing the characters ahead. The time powers really drive the combat here, or at least they’re supposed to be, but sometimes they almost feel secondary, and I all too often forgot I even had them available to me. Some areas also put a large space between Jack and the enemy, making most of the time powers useless unless you’re focusing on one enemy from a distance.

It’s kind of sad to admit — that a game could be let down in this area — but maybe that’s one balancing act Remedy hasn’t quite nailed yet. Or maybe we’re just not ready for it. But some tightening of the features Remedy wanted to be secondary — shooting and cover — and more emphasis on the manipulative powers of time, and Quantum Break is an instant classic.
Quantum Break might grow on us in time, but for now it sits as a fractured gem, unsure of its place in history. 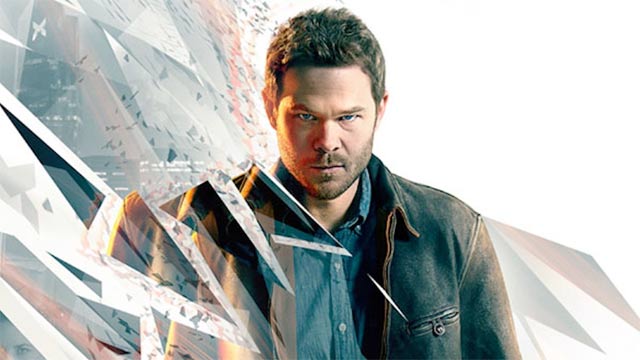 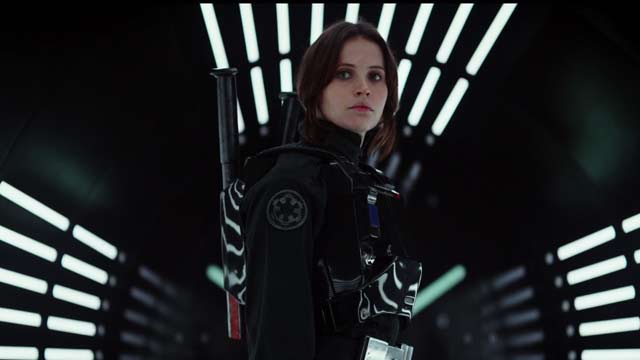 Next →
Rogue One trailer - Everything We Learned (Or Have Questions About)
Click here to cancel reply.

Hi! I'm at work surfing around your blog rom my new iphone! Just waanted to say I love reading your blog and look forwardd tto all your posts! Keep up the outstanding work!