GTA Trilogy Remaster – How much are you willing to pay?

News over the weekend of the Grand Theft Auto: The Trilogy – The Definition Edition brought with it much hype from the gaming community. Long rumoured and atop many wishlists for years, the remaster will see GTA 3, Vice City and San Andreas come together in a single pack, remastered and playable on modern consoles. The big question remains, however: just how much of an improvement will The Definitive Edition bring, and how much will it cost?

Well, all signs point to the GTA Trilogy Remaster costing about the same amount as a new release AAA game. That might come as a shock to many given most modern-day remasters of PS2-era games generally come in at slightly below the RRP of new games.

Reports have surfaced of pricing that appeared on UK retailer Base’s website, which has already started taking pre-orders for the game. The retailer lists the Xbox One version at £59.99 and the Series X and Series S versions at £69.99

This would suggest that a $49.99 and $59.99 price point for Xbox One and Series consoles, respectively, in the US, which is what you’d pay if you bought new releases such as Far Cry 6 today.

Which begs the question if indeed these placeholders are accurate: is the original GTA Trilogy really worth that much?

If you’re asking me, someone who skipped school to buy and play both Vice City and San Andreas on launch, then the answer is probably yes: I would pay $100 if it meant replaying these games with improved graphics and gameplay, regardless of the level of improvement.

The original Trilogy is way too hard to play these days, unless you have an OG PS2 or Xbox (or PC, of course). As a console gamer exclusively, I’ve had to make do with the Xbox 360 version of San Andreas, which is a truly terrible port and is effectively the mobile version of the game slightly refined for playing on console.

The performance of that version is inconsistent, the cheat codes don’t work, and the button mapping and UI are terrible. If you purchase the OG Xbox version of San Andreas, it makes you download the 360 version, so you’re effectively stuck playing arguably the worst released version of San Andreas on the market.

As for Vice City and GTA 3, I’m not sure I could ever go back to playing the original and enjoying them as much as I did without some sort of graphical and gameplay improvements, so this new edition is somewhat of a godsend for someone like me.

For gamers that are either too young to truly appreciate the original GTA trilogy, or never got into those games, then it’s hard to say whether a AAA price point would be worth the price of admission for you, because we have no idea exactly what the improvements in gameplay bring.

If the games are more or less what they were almost 20 years ago, then I suspect some younger gamers are going to find the gameplay to be rather ancient and simplistic. Given the sheer complexity of open-world games these days, these GTA games in their original forms may not hold up as well.

That said, from a narrative, mission and open-world structure perspective, few games even to today match what the three games had to offer, so perhaps there’s something for the new generation to appreciate here.

Rockstar says that the Grand Theft Auto: The Trilogy – The Definition Edition is due for release before the end of the year, and the online pre-order page is listed as a placeholder with a “December 31” release date, so it’s probably likely the price will change.

Nonetheless, whatever the price point, I am too much of an old-school GTA sucker not to throw my money to get my hands on it.

How much are you prepared to pay for it? Sound off in the comments below! 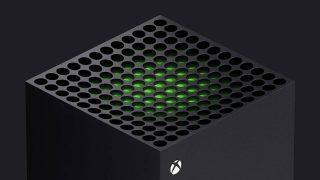 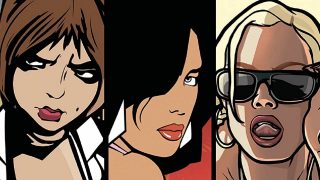 The graphical art of the games must keep the same in the trilogy. The writing of san houser and others plus highly improved dynamics will make them better than GTA v. gtaboom.com says It’s a remastered, not a remake. Maybe in 2031 for the 30th anniversary, we’ll get a graphic like this. 😂💰