NBA 2K22 Shooting Tips: How To Bank Those Greens With Excellent Timing

Having trouble shooting and getting an excellent release in NBA 2K22? These NBA 2K22 Shooting tips should help you on the offensive end.

NBA 2K22 has brought with it the series’ iconic sense of basketball realism. With that comes a continuation of last year’s tough albeit highly rewarding shooting system. Shooting in NBA 2K22 can be an exercise in frustration for many players, but there are a few things you can do to boost your performance, increase your Hot Zones, and bank those long-range threes.

Trust me: I’ve been through exactly what you’re going through right now. Just the other night, mere hours after NBA 2K22 was released, and such was the frustration I was experiencing, my profanity woke up my wife and two-year-old. I’m not joking: I may or may not have abused my MyPlayer’s mother, in Italian no less.

So you’re not alone. I went cold early on. I’m talking, like, 2-of-30 ice cold. In maybe 5 minutes of game time. I was so angry that I threw up shots out of resentment. “If I shoot enough, maybe I’ll eventually get hot”. I am experienced enough in NBA 2K to know that this is the dumbest philosophy you can take into the game. But frustration and anger make you irrational. I played irrationally, refused to buy-in to the philosophies of basketball, and NBA 2K22 punished me accordingly.

I stopped playing for 24 hours. I reflected, calmed down, and did my research. I played slowly, appreciated the strong (albeit outrageously over-powered) AI defense, and focused on playing good offense. And then suddenly, it all clicked for me. I’m not quite a splash bro. just yet, but I’m getting close. Here are some NBA 2K22 shooting tips to get you going.

Having the right build

The MyPlayer Builder is far more complicated and deep than many people realise. The type of player you end up with, the NBA player they shadow, and the archetypes attached to their profile will all play a role in determining your effectiveness on the offensive end.

There’s going to be a hoard of YouTubers and pro NBA 2K players telling you that this stuff doesn’t matter, but for those that play NBA 2K for a bit at launch and then stop, the weighting of these factors has a far greater influence on your shooting performance.

Firstly, your player needs Stamina at above 95+. This should be the very first attribute you target. If your Stamina is low, your shooting is going to be impacted.

Secondly, get those mid-range and three-point shot attributes at 85+. Look at Finishing attributes after that: I feel like Close Shot is an important attribute to have at 85+, and your Standing and Driving Dunk attributes are all going to be impacted by your Speed, Speed with Ball, and Strength, three attributes you also need to focus on.

If you can’t get 70+ with a majority of these attributes, you need to tinker with your player’s height, weight, and wingspan until you can. The aforementioned attributes will help you hit more shots, bank shots in traffic, and get up and down the court with pace, not to mention without losing much stamina. Taking a shot with low stamina while also covered by a defense is going to hit your effectiveness hard.

I strongly recommend starting off with my NBA 2K22 Kobe Bryant build, because I feel it has a good range of Shooting and Finishing badges available, as well as solid Defense/Rebounding badges, which will help you on the boards and set you up with quick transition and more VC/Teammate chemistry.

Badges in NBA 2K22 form as important a role for your MyPlayer creation has they have in all past NBA 2K games. They are boosts to your player in key areas of fundamental play, and they’re going to have a huge impact on your shooting efficiency.

Firstly, start by assessing my Shooting Badges unlock guide, which details the minimum required attribute rating for a skill to be able to use the corresponding badge, as well as any height or weight requirements needed.

There’s three badges I think are key to improving your shooting, if you follow my approach and gameplay. Those badges are:

You can mix and match with as many badges as you like, but those I feel are good to start with, as they feed into each other well, and can allow you to formulate a successful shooting plan during games.

First thing’s first: change the color of the shot meter in the gameplay settings. This is “white” by default, which makes the colour cue to perfect your timing tougher given the meter’s fill is yellow. I changed it to red, meaning I now have a clearer indication of when to time my shot to perfection.

Also, set screens as often as possible off the ball, and then roll off the screen into space. Typically when I do is I take the ball up court, pass to a team either at the top of the key or in the corner, set a screen, roll off into the corner, and bank the shot.

In the above gif, you can see me moving to the corner to set the screen (hold down B/Circle) so my teammate can move off the ball. Once he moves, I then roll into the space he left open, and press A/X to call for the pass. Even though the defender has 33% coverage on me, I’m getting the boost from Catch and Shoot. If I had planted my feet beyond the 3pt-line, it would have been an easy bucket.

Also notice how my shot meter sweet spot is red?

Trust me, that makes a world of difference. There’s also the ol’ jabstep, pump fake style, which can be effective if you’re able to get enough space. I’ve found that unless you’re playing against a defender with a slow close-in speed and not much strength, the AI in NBA 2K22 plays far too tight, so it’s not long as effective a method as it was in NBA 2K21.

In the above gif you can see I’m desperate to either get the defender in the air, or push them back with the jab step, but I never quite get enough room after multiple attempts. It does give me more room though to get off a good shot, and so I’m able to take a shot with only 9% covered defense and an excellent release.

Have any NBA 2K22 shooting tips? Sound off in the comments below! 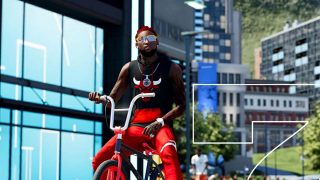 ← Previous
NBA 2K22 Hot Zones: How To Get Them And How To Check Them 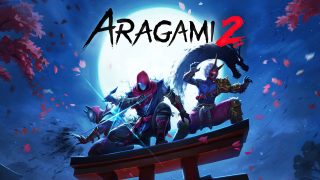 Next →
Xbox Game Pass set for 13 games before the end of September
Click here to cancel reply.