The Halo Infinite co-op delay is probably the right call, but 343 Industries has to accept the impact it has on the game’s appeal.

Halo Infinite, the so-called system-seller set for release on Xbox Series X and Series S this November, won’t have campaign co-op nor the Forge level editor at launch.

“Unfortunately, as we focused the team for shutdown and really focused on a quality experience for launch, we made the really tough decision to delay shipping campaign co-op for launch. And we also made the tough call to delay shipping Forge past launch as well,” said Halo Infinite creative head, Joseph Staten.

“When we looked at these two experiences, campaign co-op and Forge, we made the determination they’re just not ready. As a studio, we don’t want to ship things if they’re not ready, so people can play them, have fun, have a nice stable, performant experience. So, we’re gonna keep campaign co-op and Forge in the oven for a little bit longer and then when they’re ready we’re gonna release them as a part of our seasonal roadmap, next year.”

First off the bat: there’s nothing wrong with the fact a developer has opted to keep a feature “in the oven” for a little longer to ensure it’s perfected. Call of Duty developers have done this for years and more recently with Warzone it’s become an expected component of the experience. No one expects it at launch.

The problem however is that, unlike Warzone which is in essence its own standalone product and isn’t relied upon by its corresponding Call of Duty game to sell units, campaign co-op in Halo is possibly the best thing about the franchise.

I know that’s probably a controversial statement but releasing a Halo game without campaign co-op at launch is the equivalent of releasing it without any multiplayer whatsoever: the Halo campaign just isn’t the full campaign without co-op.

Staten claims that the mode isn’t ready yet, which to me suggests that Halo Infinite isn’t ready yet, and it has me seriously concerned about the game. That said, I sympathise with Staten and 343 Industries because a full delay would likely draw even louder condemnation, and so launching with a half-baked campaign is probably the lesser of two evils in this scenario.

The expectation — or hope — is that co-op will be out for Halo Infinite around three months after launch, by which time I’d be very surprised if interest in Halo Infinite is what it will be at launch. Halo 5 didn’t linger in the gaming community the same way Halo 2, Halo 3, ODST and Reach did, and my fear here is that anyone keen on Halo because of co-op will probably long have moved on from the game by that point.

On the flip side, however, is the impact of Xbox Game Pass. Subscribers can simply hold off or go back to the game at any point without having to purchase, trade, re-purchase or whatever. There’s potential impact to the overall size of the community then, but it’s not quite a deal breaker.

Overall, my interest in Halo Infinite has taken a huge hit from this news. Here’s hoping for a super polished game at launch that can offset the delay of co-op.

What are your thoughts on the co-op delay for Halo Infinite? Sound off in the comments below!

← Previous
Call of Duty: Vanguard beta codes up for grabs this weekend 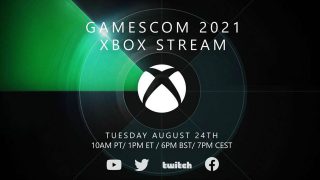