After weeks of conjecture and leaks, it’s now official: Call of Duty 2021 is Call of Duty: Vanguard, and we’ll get our first look at the game in a few days time during an official reveal.

Activision lifted the lid off of Sledgehammer Games’ and Treyarch’s co-developed entry to the famed franchise on Twitter, before unleashing an announcement trailer that doesn’t show much aside from merely teasing the fact we’ll see more in coming days.

The trailer does show four different locations and an associated face, which perhaps aligns with recent leaks that named three of Vanguard‘s characters: Lucas, Polina and Wade.

We don’t know much else from an official standpoint, with Sledgehammer Games set to announce more inside a Call of Duty: Warzone event on August 19 at 1:30 PM ET.

It initially appeared as though Activision had plans for a Call of Duty: Vanguard reveal outside of Warzone, however that appears to be back on the agenda. There was a belief that the game would be shown during a PlayStation event on the same date, although that may still coincide with the Warzone event.

Call of Duty: Vanguard‘s story is set to be an interesting one if leaks are to be believed: it will reportedly be set post-WW2, in which the Gestapo are trying to “reclaim Nazi rights”. The Alpha is about a month away, while a beta, likely playable to PlayStation gamers first, will come in October. 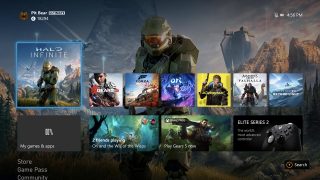