The Best Xbox One Games: Exclusives That Defined The Generation

It’s been seven years since the release of the Xbox One, and love or hate the console it’s certainly provided plenty of great memories for Xbox fans the globe over.

The history of the Xbox One certainly isn’t one of glitz and glamour, having started the generation off slowly and never really recovering.

However, under the guidance of Xbox head, Phil Spencer, the Xbox brand has transitioned very much into a gamer-focused platform and ecosystem, distancing itself from the entertainment-focused, Kinect-focused vision the Xbox One initially planned.

While it hasn’t made up the gains achieved by its main competitor — it never really got close — it has set a stronger foundation, with the recent acquisition of Zenimax — thus making the likes of The Elder Scrolls, Fallout, Doom and Wolfenstein all first-party games — setting the Xbox One up for success.

The Xbox Series X and Series S are right around the corner, but for those of us still deeply embedded into the world of Xbox One it may well be as good a time as ever to acknowledge the very best that the system has had to offer.

Below is my list of the best Xbox One exclusives of the generation. For the sake of this list I have included console exclusives, meaning most if not all of the below do also appear on PC, such is the nature of the Xbox and Microsoft gaming ecosystem.

There are plenty of great alternatives across the genre in that regard, but Horizon really has stood out from the crowd since its introduction on Xbox 360 back in 2012.

Forza Horizon 4 continued the winning streak for developer, Playground Games, hitting a homerun with the series’ fourth entry and really solidifying the spin-off as one of the key Xbox franchises on the market.

It offered more freedom, flexibility, content, value and challenge than any other Horizon before it, although I have to say, that inability to skip cutscenes still really grinds my gears …

Horizon 3 has a special place in my heart because it really is the game that got me into the racing genre. Additionally, its Aussie setting is obviously close to home for me, and the entire experience is close to what’s on offer in Horizon 4.

If Horizon 3 was the prototype, then Horizon 4 is the Sistine Chapel of the franchise.

Ori and the Will of the Wisps

I was only introduced to Ori a few weeks back, jumping in on Xbox Game Pass. Where Ori and the Blind Forrest blew me away, Will of the Wisps completely mesmerised me.

Everything from the game’s visuals, story, RPG-elements, and uncanny ability to intrigue, frustrate and celebrate genre conventions all at the same time, make Will of the Wisps not just a must-play, but one of the best games of the generation.

You’d be hard press to find a richer world and story on Xbox One.

Let’s not forget … Ori and the Blind Forrest

There’s not much to say about Blind Forrest that hasn’t already been mentioned above. It set the standard for what will likely be a long-lasting franchise with many more to come on Xbox.

Yes, I know: Titanfall was also on PC and Xbox 360. But the game was just made for Xbox One.

I fondly remember my very first time playing Titanfall: it was at Gamescom 2013, and the gaming world was alight with excitement at the prospect of new consoles in the Xbox One and PS4.

Titanfall was a super unique FPS from some of the developers behind the Modern Warfare series, and so the hype was, let’s just say “titantic” (sorry not sorry).

Thankfully, the game lived up to expectations, at least on the gameplay and multiplayer front. It lacked a campaign to flesh out its fascinating lore, although that would come on the cross-platform Titanfall 2. Upon release, Titanfall was one of the must-play games on Xbox One, and still holds up quite well today (although is admittedly not quite as good as its predecessor).

As much a must-own on PC as it is on Xbox One, Killer Instinct: Definitive Edition is the culmination of three epic seasons and what seems like an endless roster of characters.

It’s not the best fighter on the market by any means but it’s still a must-have for any avid Xbox fan. It’s a super solid fighter, one that went through a number of changes and content challenges before ultimately reaching its endgame in 2016.

Upon launch in 2013 it was far from being a must-have, merely appearing to be a launch day filler for the Xbox One. But with time it came good, transitioning into a truly solid and exciting fighter.

There are two games this generation that may well take the podium for biggest redemption in gaming history. The first game is No Man’s Sky. The second is Halo: The Master Chief Collection.

Upon its release, the MCC was an utter mess of matchmaking issues, stability concerns, and just all-round poor performance. Fast forward six years since release, and it is perhaps the best shooter on the market.

You’ll net the collection and pretty much every single Halo game (aside from Halo 5 and both Halo Wars games), with a refined UI, perfected matchmaking, and unmatched value making this a true masterpiece of game design.

It’s an honest reflection of the commitment 343 Industries has to honouring the Halo legacy, and not having this game in your Xbox collection in 2020 would be an utter travesty.

I’ve never been a huge Gears of War fan, having only completed the very first game, but I can acknowledge that objectively it’s a very solid and enjoyable series, one that arguably set the standard and redefined third-person multiplayer gaming, especially on console.

Gears 5 is a true triumph of game design, even if it doesn’t go to major efforts to reinvent the wheel. It just … works, so well in fact that for a long while there it could arguably have held the mantle as the Xbox exclusive franchise, ahead of Halo.

I won’t go that far, though, especially given the state of the MCC, but Gears 5 is a must-play for its campaign alone, and that says a lot coming from someone that doesn’t appreciate the franchise as much as they probably should.

Okay okay: I know what you’re thinking. But I think Halo 5 deserves a second chance from Xbox fans.

It has some rather strange design choices — and don’t even get me started on the story — but Halo 5 to me always felt like a stepping stone for 343, and an insight into what may actually be possible once the developer reaches its peak.

I feel that Guardians really shows what 343 wants to be, and what it wants to turn Halo into, and Halo 5 may well have been the game we needed to have, as somewhat of a lesson or insight into what works well … and what doesn’t.

That might not be a big sell, but hear me out: Halo 5 may not reach the heights of Halo: Combat Evolved or even Halo 3, but it plays like a wonderful ode to both games, and in particular Halo 2. Halo fans may in 2020 be clamouring hard for Infinite, and Halo 5 may not be an overly popular game anymore, but it’s worth a shot. For the ‘Chief.

Shortly after Insomniac Games lit the Fuse on the Xbox 360 era, and shortly before it starting swinging from PlayStation’s rafters (see what I did there?), it was developing Xbox One exclusive Sunset Overdrive.

This is perhaps one of the most underappreciated games of the generation, and is well worth a visit if you haven’t yet given it a shot. It was for a while there the number one system seller for the console, and even in 2020, some six years since release, it holds up superbly.

Weirdly, few open-world games have managed to achieve the same sort of wacky inventiveness that Sunset Overdrive offers, and so if you haven’t yet added this game to your Xbox One collection, now’s the perfect time to do so.

There were few games upon its release that had attempted what Quantum Break did, and no games have tried since. This Xbox One exclusive made a genuine attempt to bridge game and TV, and while it failed quite miserably, it set the foundations for an intriguing game world, one that was hard not to be completely engulfed by.

The folks over at Remedy sure do know how to craft amazing worlds and stories, and Quantum Break is certainly no exception. To this day it’s still also one of the best looking games on Xbox One, and a must-play for adventure, action, and narrative-driven game fanatics.

Let us not forget the games that didn’t quite make the cut (sorry, guys):

Agree or disagree with the above list? What are your favourite Xbox One exclusives? Sound off in the comments below!

← Previous
Xbox Series X launch is less than a month away, and the first unboxing is already online 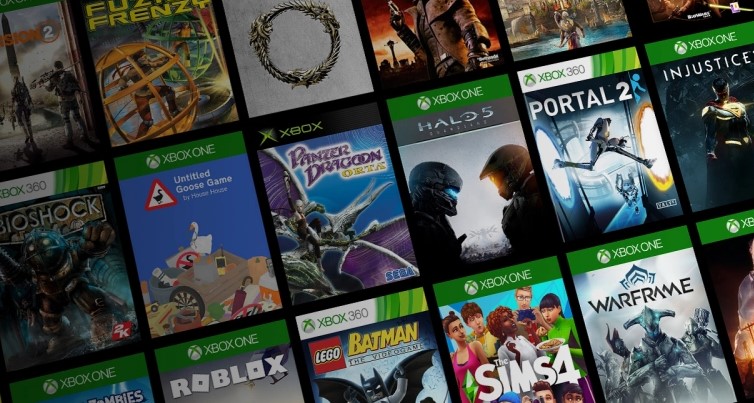