The first big update for NBA 2K21 has landed, and it addresses a number of significant pain points for the NBA 2K community across shooting, core gameplay, My Career, and a host of other modes and features.

The clear focus with update 1.02 per the game’s patch notes is the gameplay controversial shooting mechanics. Changes to shooting in NBA 2K21 raised the difficulty ceiling rather considerably, shifting focus away from attributes as a sole driver and instead putting the burden onto aiming and timing as far more influential factors.

While the changes are certainly to be applauded — as I detailed in my NBA 2K21 review — it appears the community either wasn’t prepared for how significant a challenge the new shooting mechanics would be, or simply isn’t prepared to change the way they play the game.

What the justification for the uproar from the NBA 2K community, the reality is that the divide and skill gap between the top tier and mid tier players has grown significantly, and even with a widening white zone, it may take more than a single update to bring the community closer.

Nonetheless, the recent update goes to great lengths to refine the NBA 2K21 experience across a number of key areas. Let’s break it down.

Depending on what you choose, your settings file will be updated with your desired selection, and you’ll be able to visit your settings at any time to update and change your shooting preferences.

The shooting hotfix is more apparent after this latest patch: the timing window still seems quite tight, and certainly tighter than past years, but players will ultimately need to play out of and through their hot and cold zones to really start seeing changes in this shooting proficiency.

Interestingly, and rather hilariously, the NBA 2K21 development team has also addressed community uproar over the appearance of Andrew Wiggins. Per the patch notes, Wiggins now “appears with updated facial hair to more accurately represent his appearance”. Phew!

Back to the core gameplay changes though, and there’s quite a bit to unpack here.

Firstly, the patch enables the ability to use Pro Stick Shot Aiming with the Shot Meter setting turned off. Additionally, the ideal Shot Aiming point is now determined by how slowly or quickly the Pro Stick is initially deflected when starting a shot.

Other key changes to gameplay per the patch notes include:

There’s also been a number of fixes to MyCareer implemented in this latest patch. Check out the full list below:

MyTEAM appears to have launched without much of a hitch in NBA 2K21, with few changes included in the current patch:

On the MyLEAGUE and MyGM front, there’s some significant changes here.

Firstly, 2K Share Content appears to have finally be fixed. You should now be able to share customer draft classes, players and rosters without a hitch. This was a major issue out of launch because it simply didn’t work, making life very frustrating for a dedicated and creative NBA 2K community.

That’s a lot to take in but it’s good to see 2K is so proactive in getting community requested included and added as part of updates. On the Shooting front, I’ve personally noticed some slight improvements, but I think there will still be a learning curve for the community, albeit not as steep a learning curve. It will be interesting to see how the community feels about it over the coming days.

What are your thoughts on the latest NBA 2K21 update? Sound off in the comments below! 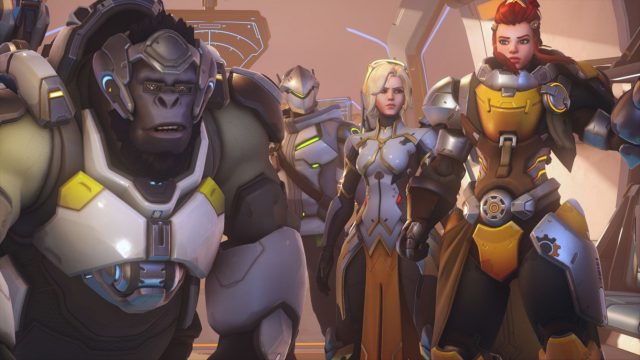