Whether you’re new to NBA 2K21 and the franchise broadly, or a seasoned veteran, one thing remains constant year on year with every new release: the infamous My Career grind on the way towards creating a superstar My Player.

I know about this grind all too well: For more than a decade now, I’ve spent thousands of hours grinding and working my way up the ranks in My Career and the Neighbourhood, and, much like the slow but sure progress that comes part-and-parcel with the NBA 2K experience, I’ve found that the key fundamentals to improvement, growth and skill remains the same, year on year. 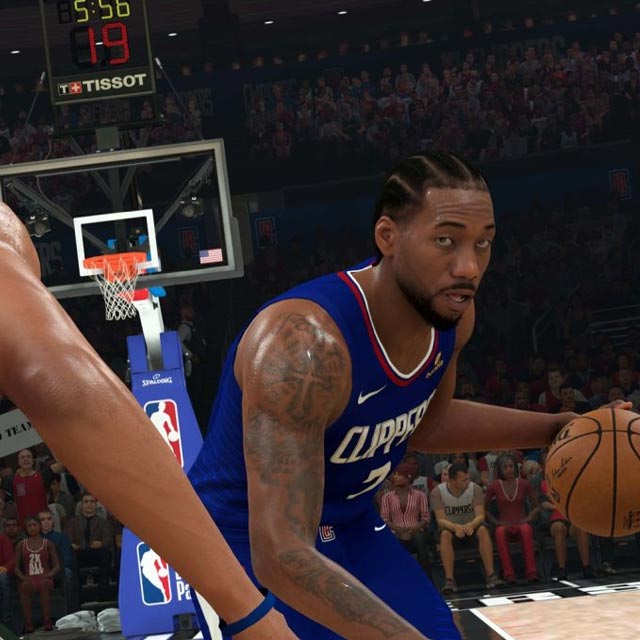 One thing the NBA 2K community has to endure with this year’s game is a sudden and frustrating change to shooting. I’ve touched on this a few times, reporting on the recently-released hotfix, the best Badges to help with your shooting, as well as a My Player Builder guide to assist with shaping your player to your own style.

All that said, however, shooting still stands to be a key component — and roadblock — for many players in their striving for ultimate NBA 2K glory. 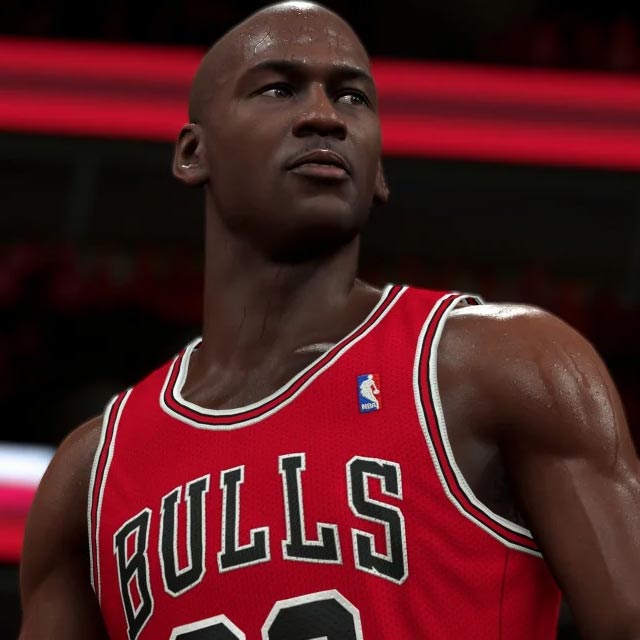 I’ll do my best to run down some key features, fundamentals, tips and skills you need to prioritise to not only earn Badges quickly — with focus on Shooting and Finishing — but also to actually enjoy the experience.

There’s so much to the NBA 2K21 beyond the simple “grind”, and the key recommendation for me is to look at the entire experience as a marathon, rather than a sprint. 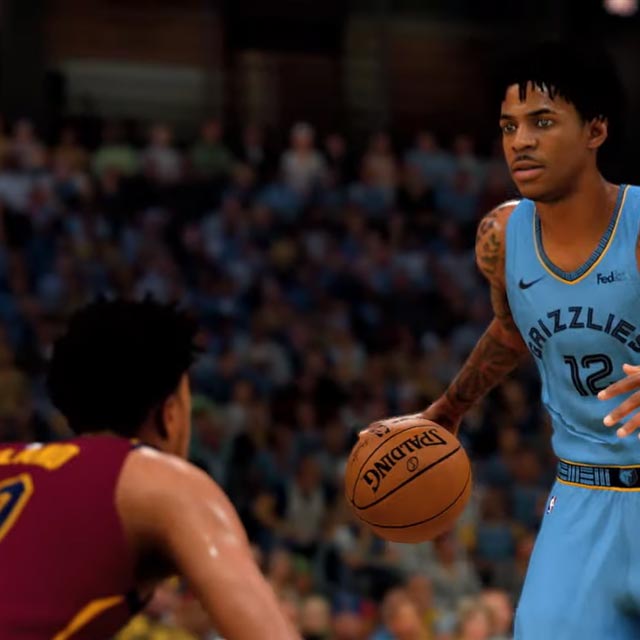 What I mean by that is that pretty much every mode that involves your created My Player is connected, and so with that, there needs to be some sort of limit to how quickly you can progress. Otherwise everyone would be running around in the Neighbourhood with a 99 rating and every Badge maxed out.

You need to be prepared for grind — there’s absolutely no avoiding that — but with a few tips and suggestions you can find yourself not only reducing how long that grind goes for, but also enjoy the experience more broadly, even if you’re having to really dog it out to boost your player’s credentials.

Respect And Embrace The Grind

My Career is a mode that has for more than a decade formed the foundation of the NBA 2K experience. While the likes of MyTeam and the Neighbourhood are growing in stature, My Career, as well as the My Player Builder that compliments it, is the key component to experience built around skill attributes, Badges, and creation.

But what is it exactly about My Career that makes it so loved, so popular, and such a pivotal component of the NBA 2K experience? Well for starters, that risk-and-reward that has been around for so long is still very much evident in NBA 2K21.

What I mean by “risk and reward” is the element of taking risks on the court to ultimately benefit off the court, through additional rewards, Badges and the like. The success of the grind will be worth it, after all.

At the core of the My Career experience is one hell of a grind, but one that can be easily minimised and reduced. You might not be prepared to drop real money on Virtual Currency (VC) to boost your player’s attributes, and that’s okay: it will take some time to build up those skillsets, but you can find a fun factor there that makes that growth all the more enjoyable. 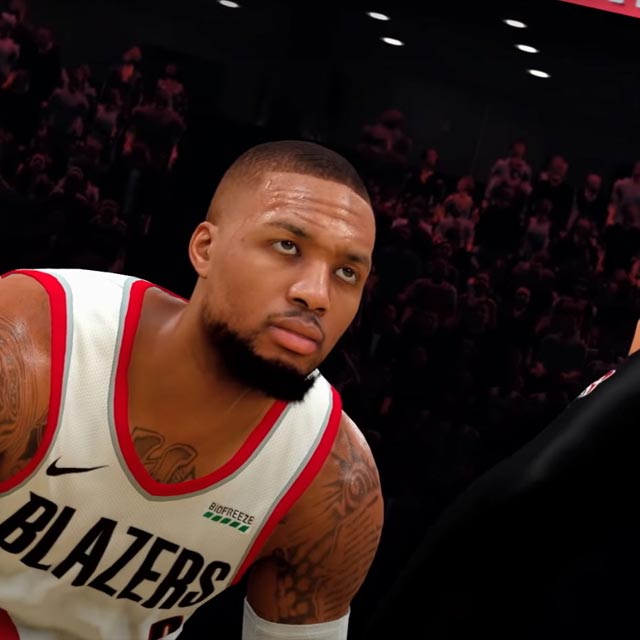 Purchasing VC makes it easier and faster, sure, but the reward isn’t quite as satisfying.

It goes without saying that in embracing the grind, your starting point is going to be the My Player Builder tips guide I’ve put together. This guide breaks down how best to create a player, one that suits your own individual preferences and style. Alongside that, our Best Builds for every position guide will ultimately feed into the type of build you decide to go with. 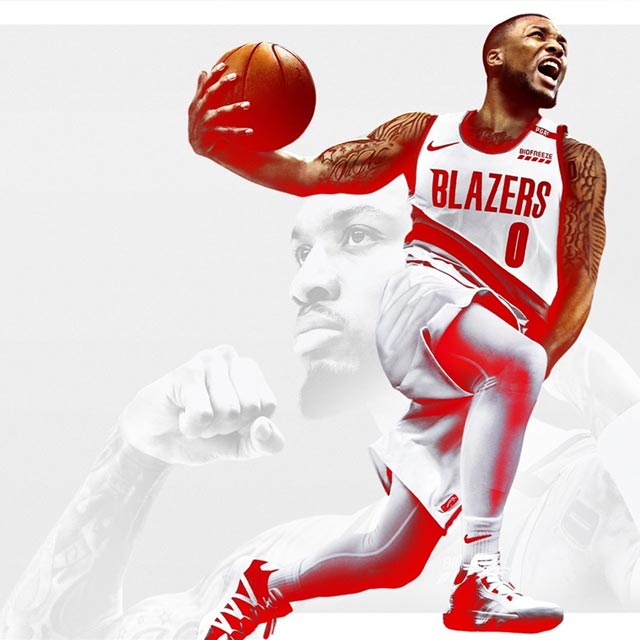 Once you’ve create your player and you start playing matches — whether it’s from High School or straight through to the NBA — it’s all about how your teammates react to you, and the teammate grade you end up with at the end of each match.

Before I do a deep dive into this element of the My Career experiences, I’ll break down Badges and how I interpret them. Put simply, Badges are boosts — or nerfs, depending on the impact — that passively impact how a particular attribute is executed for your player. 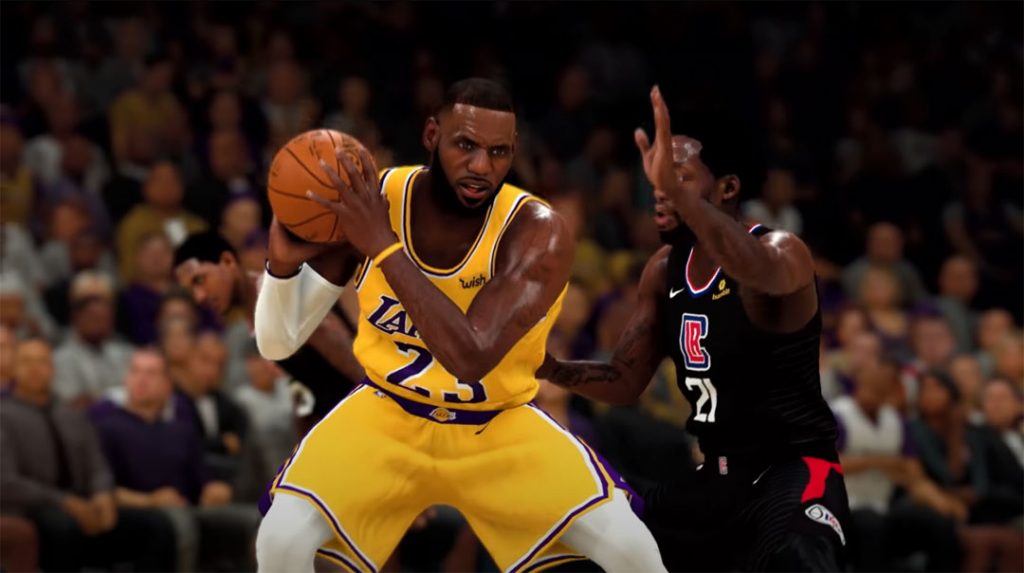 As an example, a badge may improve the likelihood of hitting a mistimed jump shot. It may also give boosts to teammates who, on the back of a slick pass from your player, take an open shot. 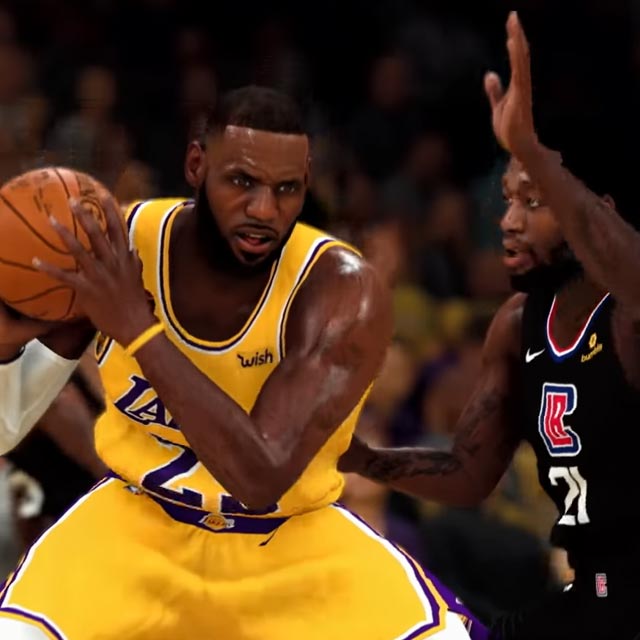 Sometimes as you can see there can be a combination, depending on your build and where Badges are ultimately intended to be distributed.

Okay, so now that we’ve got that covered, how do you actually earn the Badges necessary to get the absolute most out of your Player? It’s important to understand that your player’s attributes and their Badges are different things. Attributes ultimately dictate the maximum determined output of any particular skill: the higher the attribute rating, the better that player will be at that skill at their highest possible potential. A three-point shot attribute rating of, say, 81 for example, can probably be seen as an 80% 3-point shooter, but that’s only if all other variables are achieved.

Is the player a good shooter on contact? Can they shoot over defenders? What about in clutch moments? So the base level attribute is obviously important, but there are many other factors, with Badges being one important variable. 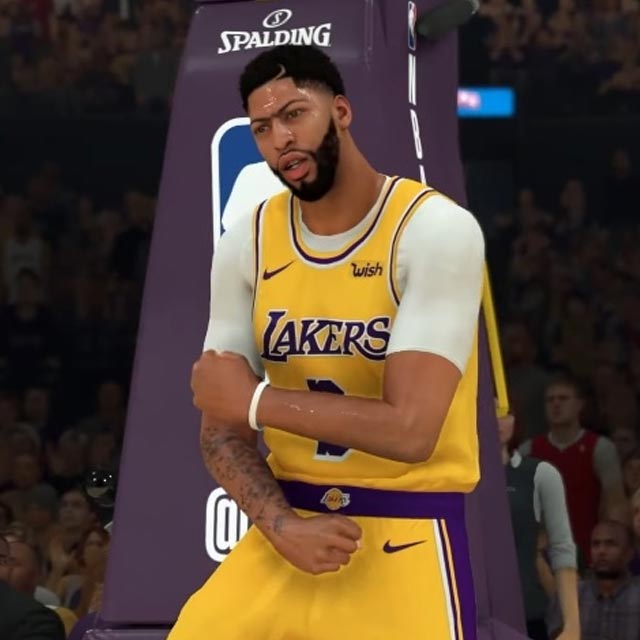 I’ll set the scene: my created player is a Point Guard. His build shapes him as a Playmaking Shot Creator. Okay, so that’s easy: his focus for Badges will be Playmaking Badges, and Shooting Badges.

So ideally, I want to focus on these areas in a match, and I want to focus these attributes more than others. Because the better I perform on the shooting and playmaking front, the sooner I’ll boost my Badge meter, and the faster I’ll earn Badges. 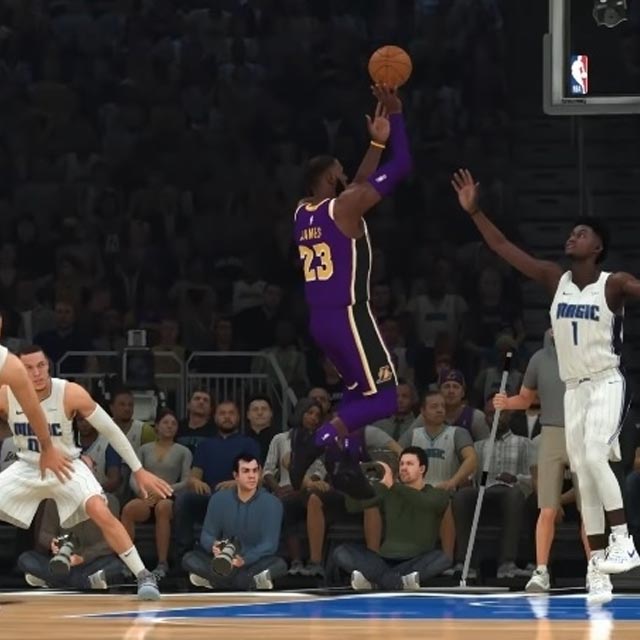 It’s a chicken-egg scenario: how do you earn Badges, if you don’t have the Badges needed to improve at a faster rate? That’s a good question, and there is a rough transitional period before Badge earning power increases at an exponential rate. I’d say that’s a roughly 4-5 hour grind before you start really understanding and grasping your player’s strengths and weaknesses.

From a Shooting perspective, the first key recommendation is to set your matches to the “Pro” difficulty setting — this will ensure the opposition is tough, but not too tough, and certainly not too easy — as well as set quarters to 12 minutes. 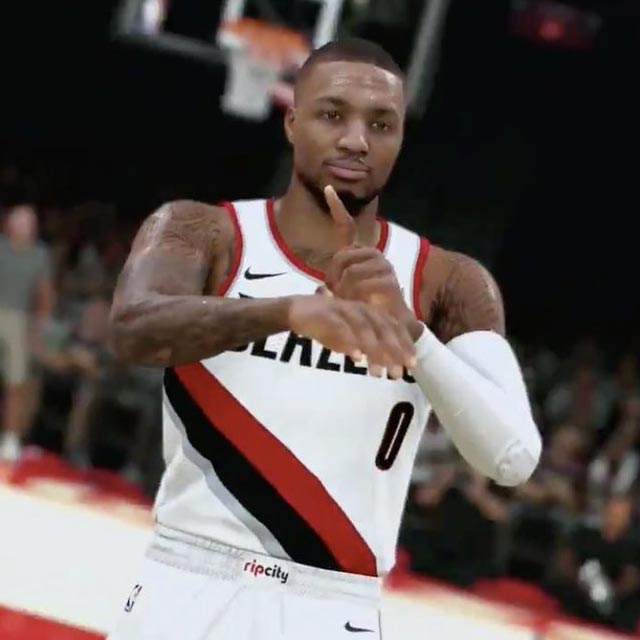 This will ensure you optimise gameplay time with minimal interruptions. The only downside to this is that you won’t be able to as quickly reset your hotzones, so there’s a compromise. You can read more about this in my NBA 2K21 hotzones guide.

Secondly — and this is completely up to the player — but I would highly recommend changing “Shot Timing” to “Real Player %” in the gameplay settings. This means that the likelihood of hitting a shot will rely more on your player’s overall attributes, rather than your timing when taking a shot. 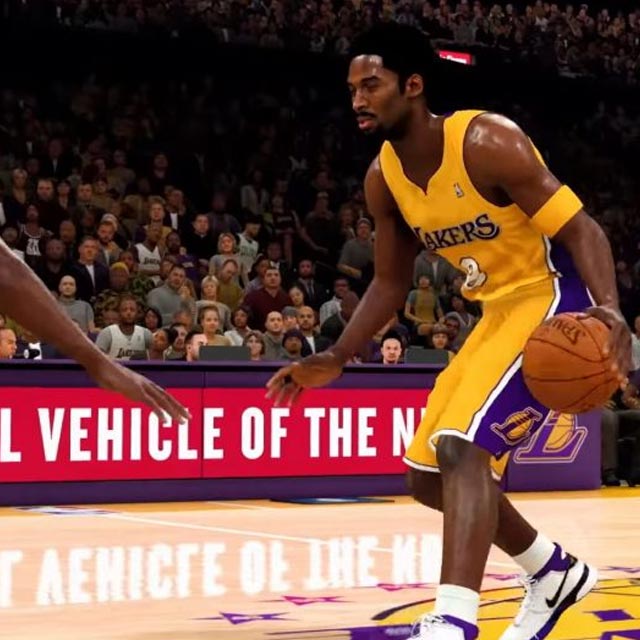 Next, you want to focus on getting as good a teammate grade as possible, because the higher your team’s chemistry is, the better you perform, and the faster you’ll earn badges.

Ideally, your performance on the offensive end wants to be strong from day one. When you first start your My Career journey, anything from a B-grade upwards is going to help you earn attribute points and Badges a lot faster.

A tip that has been constant with every new iteration of NBA 2K is to try not to dominate in the early days of your career. I know that’s not easy, but with time you’ll earn more minutes provided you’re performing well.

I won’t sit here and say that an A+ rating isn’t achievable right from the get-go because it definitely is, but the ultimate goal is to do the simple things well. That means making clear passes, executing effective pick-and-rolls, making assists, and hitting good, open shots. Forcing shots, passes, and dribbles will lead to turnovers, and this hits your chemistry, reputation and overall performance.

NBA 2K21 is also ruthless when it comes to “bad shots”. You basically need to either shut down the defender on the dribble, and catch and shoot in space, because if you force a shot over a defender, not only is it going to impact your teammate grade if you miss it, the likelihood early on of making the shot is low.

Hence the need for Badges to not only boost mistimed shots, but also shots taken over defenders and in traffic.

Additionally, in team training sessions you can get insane amounts of Badge progression points. Here’s one tip:

Back to the actual matches, one trick I do is alternate my shots to every second possession. I take the ball up the court, run an Isolation play (left on D-pay, then “Y” or Triangle) then call for the screen (left bumper). When my teammate rolls off the screen, I hit them up for the easy jumper or layup/dunk, netting not only a good pass boost to my teammate score, but also an Assist, which is extra VC.

On the second possession, I give the ball to my 2-guard, and then call for a screen. This allows me to move off the ball and get open, typically along the baseline or on the other side of the court.

Once you get that space, take the open shot and you’ll find your player hitting them more often than not.

I think that the key themes and tips here are to play on Pro and on 12 minute quarters. Run the pick and roll, and when off-ball call for the screen to get into space. I’ve also put together a guide on how to improve your shooting in NBA 2K21, so hopefully that helps in deciding which Badges to select.

Have any tips or suggestions for NBA 2K21 players to quickly earn badges? Sound off in the comments below!

← Previous
Xbox Series X vs Series S: Which One Should You Buy?