There’s a new meta in town in Overwatch, and it’s shaking up things considerably. The latest patch brought with it a distinctive focus on ridding the competitive scene of shields, in particularly a double-shield team comp. That means the likes of Orisa and Sigma have been met by the Nerf fairy.

Interestingly, with this latest patch, Orisa is quite possible at her least viable state since she joined the hero roster. Her shield drops to 200 from 250, which is a big hit and makes her vulnerable given her cooldown hasn’t changed at all.

Brigitte and Sigma were also big victims of the latest changes. Brig’s base health is been nerfed from 200 to 150, which stretches the usefulness of her shield but means she’s going to be relying on the buffer far more often than she’s used to.

Additionally, her Inspire passive ability has also been hit with a nerf, eating away at her healing ability to teammates nearby.

As for Sigma, his Experimental Barrier saw health reduced from 900 to 700, while the regeneration rate reduced from 120 to 80 per second. Another hit to the shield meta.

This means that Orisa, Sigma, and Brigitte all move down the Tier list, and whilst they’re still somewhat viable depending on team composition, when you factor in buffs to certain DPS and Supports, you’ll likely need to move off these tanks and onto something a little more damaging and controlling, such as a DVa or Roadhog.

Roadhog saw quite possibly the most significant buff in the game, especially considering which heroes were nerfed. He sees projectile and recovery rates increased, making him more damaging overall over a longer distance and in a shorter period of time.

With these changes, there are a few things to consider when it comes to hero selection:

If the opposition has a Roadhog and a solid shield in the tank fields, regardless of the DPS on offer, your primary target is going to be that Roadhog. They are going to absolutely carry that team, because they are going to eat most of the damage that would have otherwise go into destroying shields, thus building his Ultimate, which is fed by his self-healing.

And so with that, the Support meta as it stands in August 2020 is shaped around more than just healing in the traditional: it is structured around quite literally supporting your team to take out the biggest threat. And to do that, only three Supports are viable.

His Discord orb will go a long way to helping to quickly and effectively eat it Roadhog’s health. It’s best used after he’s taken a chug to heal himself: smash him with the orb, and then direct your time to focus fire.

Roadhog is going to get more bang for his back in this meta, and so hitting him with the Orb prior to his self-healing will be a pointless waste, because he can then easily counter whilst teammates are reloading. Additionally, it will take longer to take him down, by which point reinforcements may have arrived. So time your attacks around Roadhog’s own self-healing.

Baptiste’s support in this meta comes by way of his Immortality Field, and his Amplification Matrix. The Field is best use whenever ‘Hog hooks in a low-health teammate.

The Matrix can be used similarly to a Zenyatta Ultimate: use it as a push to both bombard the enemy Roadhog, as well as distract the enemy and potentially flanking around and away from where the Matrix has been placed.

Ana is in my opinion the big one here, because she’s been grossly underutilised across a few metas but in my opinion appears to have finally found her place.

Her grenades can stop Roadhog’s self-healing in its tracks; her sleeping dart can effectively counter a hook or Ultimate. With these, you’re tackling the Roadhog at the heart, and so she stands as a key pillar in the fight against the Roadhog meta.

Have any thoughts or tips on the current state of Overwatch, and how to counter this meta? Sound off in the comments below!

← Previous
Call of Duty 2020 isn’t fooling anyone: Do we have another Modern Warfare 3 fiasco on the horizon? 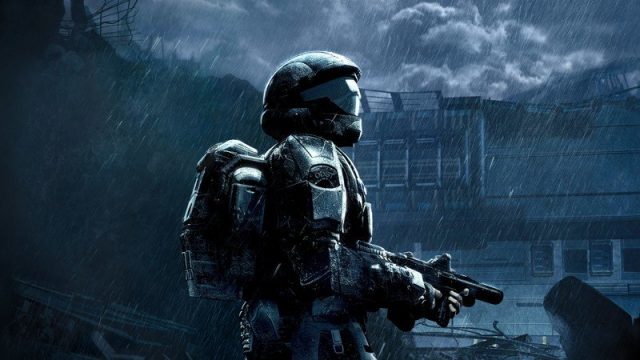