Microsoft and 343 Industries have made the tough yet unsurprising decision to delay Halo Infinite, subsequently reshaping the Xbox Series X launch, and fuelling a narrative of scrutiny and exclusivity that could drag down yet another Xbox console launch.

In pushing the game back to 2021, 343 Industries says it can offset the impact caused by the year’s many challenges, with a working-from-home culture now shifting the approach to large scale game development.

“We have made the difficult decision to shift our release to 2021 to ensure the team has adequate time to deliver a Halo game experience that meets our vision,” said studio head, Chris Lee.

“The decision to shift our release is the result of multiple factors that have contributed to development challenges, including the ongoing COVID-related impacts affecting us all this year.

“I want to acknowledge the hard work from our team at 343 Industries, who have remained committed to making a great game and finding solutions to development challenges. However, it is not sustainable for the well-being of our team or the overall success of the game to ship it this holiday.”

I say “unsurprising” because, even considering comments made a few weeks back that a lot could change between now and the game’s Holiday season launch, a game of this scope, weight and value to the Xbox brand simply can’t be rushed.

Given everything that’s taking place around the globe, it appears Phil Spencer and co. came to their senses, realising a rushed Halo Infinite to compliment the Xbox Series X launch would hurt the brand more than a modest console launch followed by a big game launch on the horizon.

Unfortunately, it’s hard not to ignore the obvious gap in the console’s launch window from a software perspective. Tetris doesn’t cut it, and while none of the games look bad by any means – they all look like objectively solid games – no one is rushing out to buy a console for them.

Sony doesn’t have all that much more batting for it either: a slick line-up of similarly shiny new first-party IPs, but no real AAA blockbusters, excluding Miles Morales, which we all know is only going to be a 4-hour, run-gun-and-done game anyway.

A similar line-up of third-party offerings on Xbox Series X paint a fairly modest launch period for both consoles, although magnified for XSX given the Xbox One’s unreasonably long dry spell of blockbuster first-party games whilst the likes of Last Of Us 2 and even Fall Guys keeps PlayStation gamers happy over the Summer period.

Even before Halo Infinite’s delay, Microsoft was playing a different hand, anyway. Halo Infinite never really seemed like the must-have, console seller many people thought it was: it was always just a “Halo” game that happened to be launching with a new console. The focus from a branding perspective always seemed to be on the “generation” of games motto, spanning three generations of Xbox consoles, backwards compatibility, Xbox Series X optimisation of Xbox One games, and, the key pillar in my mind: Xbox Game Pass.

I shouldn’t need to sell Game Pass to you: it’s one of a few services that does that on its own. A quick scan of Netflix, for example, and you probably need to do a bit of research on those exclusive shows to see if it’s actually worth your money. Game Pass, though, brings a steady flow of blockbusters and acclaimed games. There’s absolutely no doubt that as a service it’s both incredibly valuably, but also a benchmark.

It’s not the first to do what it’s doing, but it will be the first to truly prop up a console. Game Pass is in essence doing that now with Xbox One: with one monthly fee, you can return to a back catalogue of games you may never have otherwise considered purchasing. For me it’s Cities Skylines – which shouldn’t be as good on console as it is – and The Master Chief Collection, which is perhaps reflective of one of the greatest video game comebacks of all time, certainly up there with No Man’s Sky.

I can’t see the likes of The Medium or Tetris Effect: Connected breaking down barriers to sell consoles, but Microsoft has an opportunity here to amp up its support and investment in Game Pass, not just as a service, but as a philosophy: to get as many games to gamers as possible, frequently, and for an affordable price.

Consider the current state of the world: are people really going to be prepared to invest in a new console with no real standout game or offering? In my home state of Victoria, Australia alone, 350,000 people have become unemployed almost overnight, and many of these people are young adults in the gig economy, arguably a key fragment in the target market for a console.

This is where Game Pass ultimately comes into the fray. The vision is there with enhanced Xbox Live subscriptions that include Game Pass access, but Microsoft must come to the plate now with a larger offering. A back catalogue of Call of Duty games is probably off the table given Activision’s deal with PlayStation, but every Call of Duty game in Game Pass would be a huge sell.

It could also kick goals with some past Ubisoft games, namely across Far Cry and Assassin’s Creed. Improved support from EA and Star Wars is much appreciated, and an approach that could be replicated and sold to enhance interest and value.

Additionally, with Infinite now off the table at launch, it might be time for Microsoft to throw some marketing clout behind The Master Chief Collection. You simply cannot understate how complex this game’s matchmaking system is, and 343 has done a fantastic job to get the game to the current state it’s in. Quite frankly it’s one of the best multiplayer offerings you can get right now. Put this front and centre, and remind people why Halo is key to Xbox and its success.

Whatever path Microsoft takes here, it will be a tough battle against a PlayStation 5 still riding the wave of momentum from this generation. There’s no denying that Microsoft has done little to stem that momentum. However, if it’s pushing the “Thousands of Games” mantra as a key selling point for the console, it needs even bigger publishers to come to the plate to offset that lack of an icon at launch.

Sony can at this point manage a launch without that icon, given brand loyalty is probably at its highest since the PS2’s peak. But Xbox has a lot of ground to cover and make up, and it can utilise Game Pass to save at least a little face in such a challenging time.

What do you think Microsoft can do to improve Xbox Series X’s appeal at launch? Sound off in the comments below! 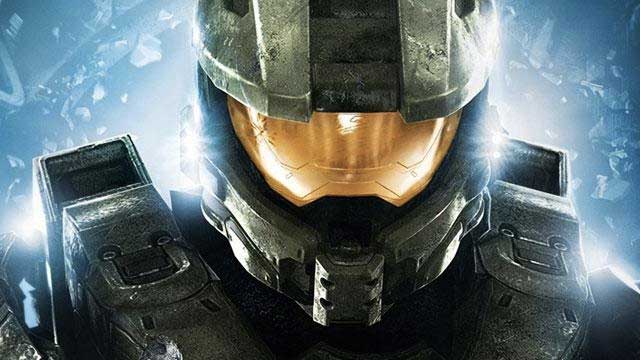 ← Previous
Halo games Ranked in order from worst to best