Overwatch Season 7 start date and rewards: Everything you need to know

The current Competitive season of Overwatch will be the shortest since season one, with the game in a strange transitional phase from Season 5’s Dive Meta and the current explosive nature of the Junkrat meta now dominating the competitive landscape.

Season 6 started on August 31, meaning its end on October 31 will have meant a 2-month season, shorter than previous seasons, which lasted for three months.

The competitive points you earn for the season have been adjusted to make up for the shorter season, so don’t worry too much about netting yourself fewer points than in past seasons.

You would have noticed that you earn more CP per win in Season 6. Skill Rating decay was also stretched beyond the Top 500 to all skill tiers, and you’re now required to play five instead of seven games per week in order to avoid the 25 SR decay rate.

If you’re only now jumping into Competitive and want to earn some sweet SR, you have roughly five days to get through your placement matches, earn your SR, and win some CP.

The shorter season has been cause for much discussion and debate among the Overwatch community, with leavers and “throwers” still a hot topic across forums and gaming communities online.

The transition into Season 7 should allow Blizzard to adjust the way the game deals with this, and recent changes to how SR decay and quitting punishes the player should help weed out the toxic players from the community.

Regardless of Blizzard’s intention, there’s no doubting that Season 6 will be quickly forgotten by the Overwatch faithful.

With shorter off-seasons of only 2-3 days, Blizzard must have something planned for the next season. The Junkenstein event is currently running, and so perhaps they don’t to coincide the end of that event with the end of the season, that way players are taking all of the rewards in at once, and the game has a clear slate heading into Season 7.

So when will Season 7 start? September 2-3 seems almost a certainty at this point unless Blizzard is planning a major shakeup of the structure of Competitive Play.

Here’s the CP reward you get for each tier.

You’ll start things off with 10 placement matches, however this appears unlikely to determine your skill bracket, as your Matchmaking Ranking will carry over from previous seasons. That means that if you’re a Silver in the 1800 range, your ranking won’t change too much, regardless of your performance in the placement matches.

These point can then be used to purchase Golden Weapons, sprays and icons, which act as sort of bragging rights for players who wield them.

We’ll update this as more information comes from Blizzard 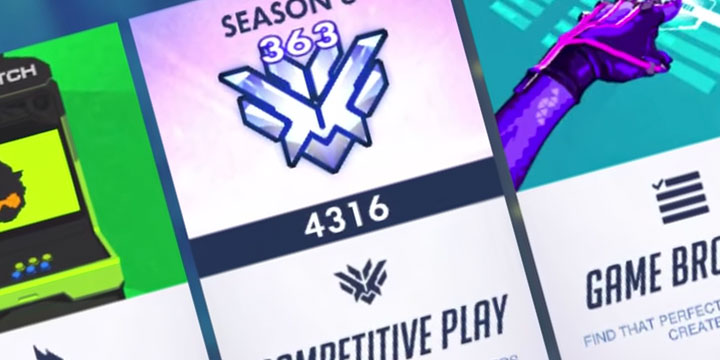