Doomfist has already been nerfed on the Overwatch PTR

He’s been out and causing havoc for less than a week, but Blizzard is already working hard to perfect Doomfist before he hits the live servers.

The much-hyped and talked about Overwatch hero is playable right now on the Public Test Realm (PTR) on PC, a lot sooner than expected. 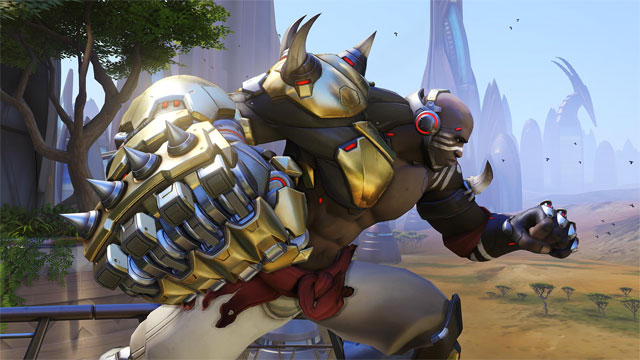 Doomfist has been a long time in the making, and his design and composition is exactly as many of us expected. He’s a highly mobile attack hero, one that is considered to be an ideal frontline warrior that has a powerful punch.

He’s been generating plenty of hype and debate among the Overwatch community, which seems split on the heroes best use and most effective playstyle. It’s expected that he won’t hit live servers until at least early August, just ahead of the start of Season 6 of ranked play.

In that time we can expect plenty of interesting changes, with the character having already been nerfed on the PTR.

As noticed on Reddit, Doomfist’s Rocket Punch has been nerfed in the latest PTR build.

His rocket Punch is an alt fire ability that allows him to lunge forward and knock an enemy back, dealing slight damage that increases if the enemy hits another player or wall. Holding to charge, the longer the hold, the harder the charge and the more damage dealt.

When he first hit the PTR, his max charge saw a distance range of 30 meters. However, as you can see in the gif below, it’s been dropped to 21 meters.

Blizzard hasn’t detailed why this change was made, but one can assume it has less to do with damage dealt at a distance, and more to do with map mobility and access.

A number of videos floating around show Doomfist able to literally leap up walls and around buildings, allowing him to reach a spawn point, capture point or payload by effectively cutting through the map.

While this would seem to be a purposeful design choice, it appears as though Blizzard has nerfed this slightly to ensure he isn’t able to quickly move around the boundaries of a map.

← Previous
Call Of Duty esports league could be franchised, similar to Overwatch League