I have spent a long time thinking about Super Mario Odyssey, and how it made for one of the weirdest, most frustrating, yet also delightful moments out of E3 2017. At its best, it’s like a 15-person orchestra bringing the house down with perfect renditions of Beethoven. At its … well, most inventive, it’s like a young Miles Davis battling conformity, doing something unlike anything we’ve seen before, and raising plenty of eyebrows in the process.

The Davis path probably ends in a good place. After all, we’d stagnate without innovators, never truly progressing beyond the norm. Nintendo and Mario certainly aren’t new that, often heralded as industry innovators, prepared to break free from generic definitions of “modern”. 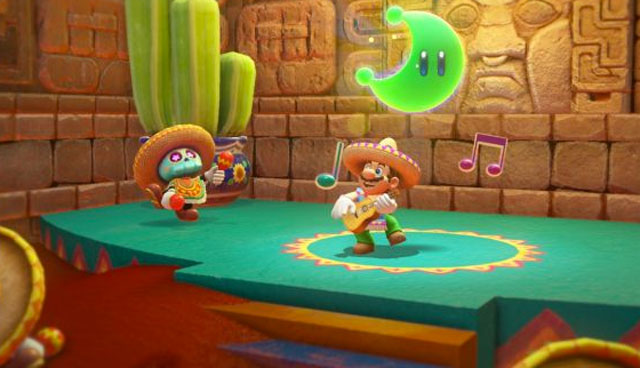 Odyssey game director, Kenta Motokura, mentioned during Nintendo’s E3 direct that the game’s inspirations come from “hakoniwa”, a concept referring to the creation of landscapes within tight, condensed spaces. In theory it’s a dazzling concept, because you think of streamlined, consistent design. That’s not unlike Nintendo, whose ideas tend to celebrate unconventional game mechanics set amongst familiar surroundings. In execution, however, the reality is actually much different, resulting in a peculiar blend of surreal realism and cartoonish delight. It’s almost alien, like Mario fell into a slumber and never really woke up, perhaps his “Odyssey” being a trek through the maddening depths of the mind. That’s how this game plays.

I’m probably over thinking it, but then again, here’s a rather beautiful concept of design being applied to a game that may very well end up being one of the best ever made. Mario’s adventure in Odyssey is considered a “grand journey in search of surprise”, like as if saving the Princess is no longer the priority for our hero. That’s what it feels like, more like a character piece on the extraordinary nature of Mario’s being. We’ve been to space before — and what a spaceman Mario make! — but in Odyssey, it’s like we’re swimming in a pool of forgotten video game ideas, brought together by an ambitious team planting weird hybrids in a garden of elegance. 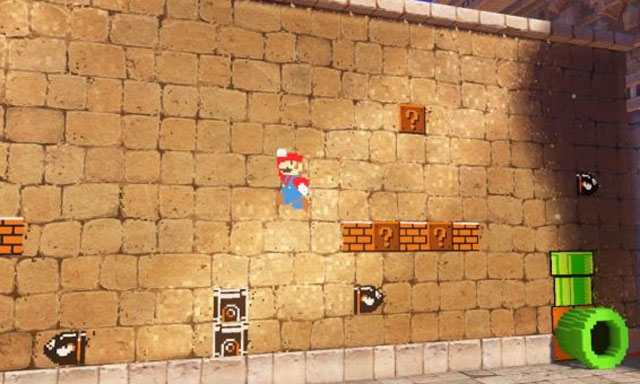 Strangely, even from those hybrids we still get a familiar sense of adventure and accessibility, this game remembering the sandbox Mario game’s obsession with platform complexity. Produer, Yoshiaki Koizumi, says Odyssey is Mario’s biggest adventure yet, and he’ll have to travel further away from the Mushroom Kingdom than he ever has before. This may be the simplest way to justify the outrageous potential on offer in Odyssey, but I don’t think Koizumi and Co. can ever truly put into words what their real drive and interpretation is for Mario’s latest adventure.

It’s such a difficult experience to define beyond the black-and-white fundamentals of its platforming. One second you’re riding a Victorian-era airship to vibrant worlds that put No Man’s Sky to shame. The next you’re bouncing on taxi cabs through New Donk City. The confusion you felt during the reveal trailer at the start of the year is magnified when you actually get to play this turbulent masterpiece, which has firmly established itself as the video game equivalent of an art board with random streaks of paint, forming a beautiful and bizarre blend of consistency and chaos.

There’s moments when Odyssey plays less like an innovator, more like an ode to Mario games of old. We have the familiar surroundings of Sunshine‘s pleasant beachy aesthetic; we move into slick 2D mini-games that seamlessly complement some masterful 3D design; we double-jump up, over and sometimes onto the freakish baddies that occupy Odyssey‘s world. Even when Odyssey is shifting between genres and locations, it works like a fine tuned machine, millions of pieces collaborating and moving towards a single primary objective.

Admittedly, sometimes it feels like Odyssey is about to jump the shark, but it always seems to make that last-minute turn to avoid the jump, falling back into a scene of comforting familiarly. His cap now works as a secondary character more so than merely a tool, dominating play at time but never being so distinct as to completely distract from the star of the show. Like a Kazooie or a Clank, Mario’s cap works like a Get Out Of Jail Free card, and sometimes as a useful companion. It’s new yet familiar, still drowning in the formalities of a Mario game that, despite its introductory stanza in Odyssey, feels at home in a world filled with unpredictability. 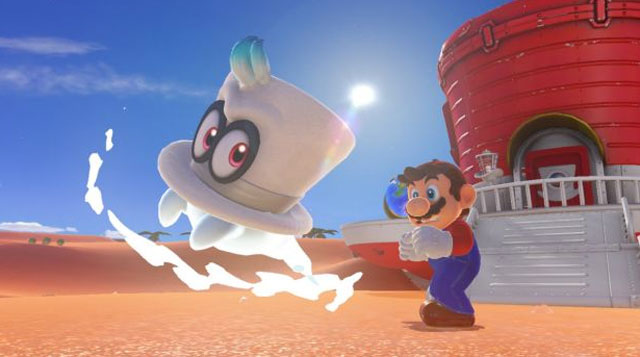 Doubt filled my mind when learning about our new head-resting friend, and how it can possess — or “capture” — a range of enemies. It seemed like a gimmick, hinged on the fact it was all about the possession and not necessarily how said possessed entities actually played. Yet it all seems to work well in a world filled with surprises. Nothing ever feels forced, more like a, “You can do this” moment, sometimes for the sake of it, but mostly for a little boost in the right direction. Taking over a Bullet Bill makes navigating through large gaps between platforms a breeze; capture a Chain Chomp and annihilate any blocks in your way. It’s a formula that manages to celebrate both Mario’s simplicity and the intricacy of the world that surrounds him.
Nintendo props Odyssey as a new beginning for Mario, a fresh adventure into the unknown, where surprises lurk in every new world. It may be difficult to gauge the nature of the broader experience after only thirty minutes, but this is a game that feels confident in its messiness. I’m not sure where or even how that fits into the concept of hakoniwa, but I can appreciate a vision where small areas build up and around our central field of view. 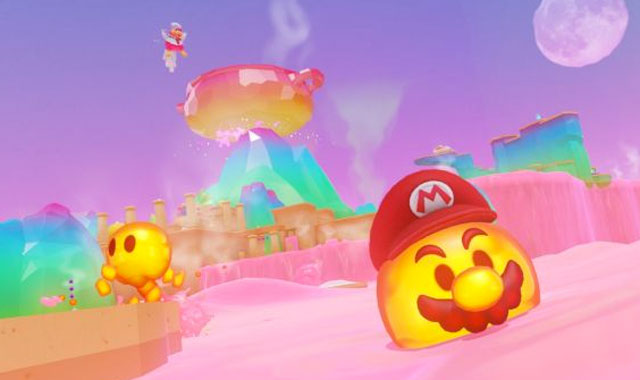 If anything, Odyssey feels like the perfect celebration of the platformer, a messy melody of confined obstacles, and yet another daring redefining of the Mario experience.