If you’re hanging for the start of the next Overwatch event, then best prepare yourself for a busy week ahead, with the Anniversary Event set to start in the next few hours.

We’ve known for a while that it was to start on May 23 (or May 24 AEST), but the exact time (or features of the event) have yet to be announced.

Now, thanks to the folks at PlayStation Germany (via Reddit), we have a concrete start time for the Overwatch Anniversary Event. 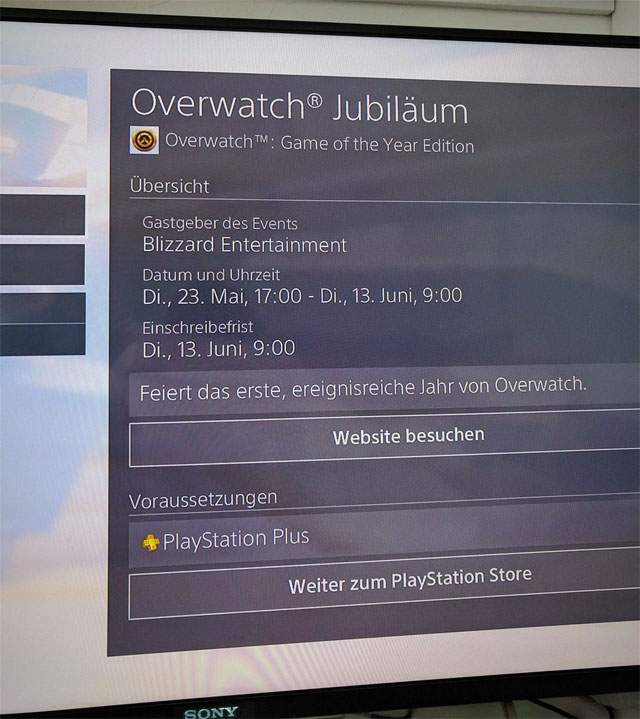 Here’s when to expect the event to start in your region.

With Overwatch‘s one-year birthday fast approaching, Blizzard is preparing to unleash the latest themed event on players, but we’ve been kept in the dark as to what exactly we’ll be playing come May 23.

The Overwatch Anniversary Event will reportedly add in three new arena-style maps, and perhaps even a dual-type mode unlike anything we’ve seen in Overwatch before.

Speculation is heating up about the event, and Blizzard may just keep its hand close to its chest before the birthday celebrations officially kick into high gear.

For more info one what we might expect out of the event, check out this article.

Next →
Call Of Duty WW2 Nintendo Switch version could be happening
Click here to cancel reply.