One way it plans to do this is by ditching a gameplay mechanic that has for decades been synonymous with the first-person shooter, and in particular Call of Duty: automatic health regeneration.

Sledgehammer Games says that with Call of Duty: WWII, it is taking the series “back to its roots”. We know that the setting and boots-on-the-ground gameplay is part and parcel of those roots, but health regeneration dates back more than a decade, to before Call of Duty 2 when the mechanic was first introduced.

Sledgehammer Games’ co-founder Glen Schofield spoke with Polygon recently about some of the gameplay changes, confirming that auto health regeneration has been removed to be suit the era, story and environments. 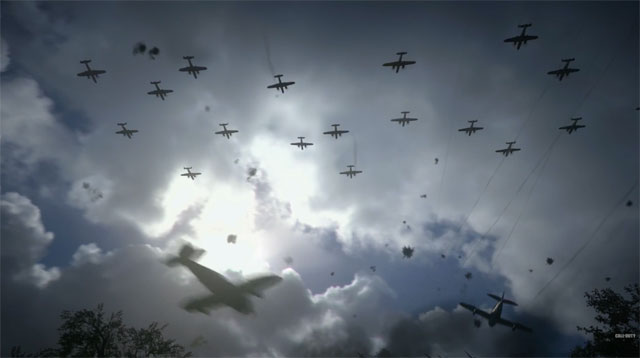 “You have to worry about every bullet,” Schofield said. “You’re not the superhero. You can’t just stand there taking seven bullets, ducking, shooting again. It’s refreshing for us to deal with recruits who aren’t Tier One warriors, to show that vulnerability. They’re naïve. It’s been a really cool challenge creating this different kind of gameplay.”

Schofield didn’t say what exactly will be replacing health regeneration, but we can assume it’ll be in the way of medkit drops or perhaps “medics” on your squad.

Interestingly, studio co-founder Michael Condrey told GamesRadar that squad members will be able to interact with your players in unique ways, pointing to the aforementioned medic prediction.

“Part of being this squad and working together was about helping each other out in a very different way than in previous games,” Condrey said.

That sounds a lot like the medic and support system in Battlefield, albeit with AI-controlled squadmates. No word yet on if this system carries over into multiplayer.

It’s going to be very interesting to see how Sledgehammer Games has crafted a game around removing what is considered to be such an important mechanic of the Call of Duty experience.